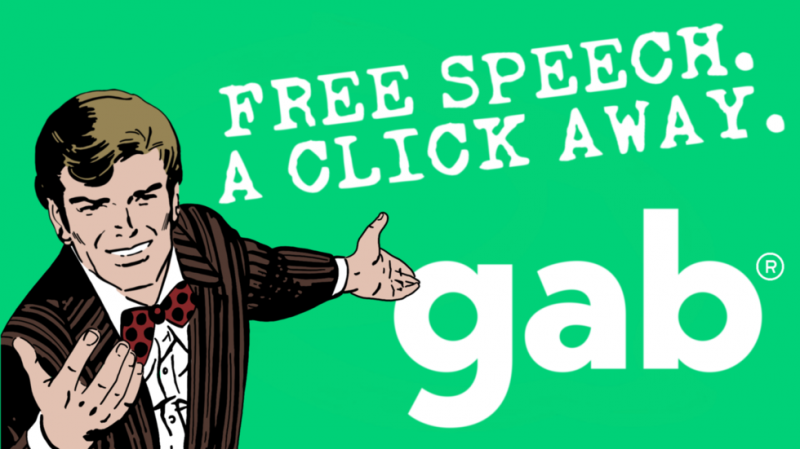 Wednesday’s pro-Trump riot on Capitol Hill brought about an unprecedented crackdown on free speech by America’s tech giants. President Trump was permanently booted off Twitter, and indefinitely suspended from every other major platform, while thousands of conservatives had their accounts deleted. Free speech-focused alternative Parler was then removed from Apple and Google’s online marketplaces, before being denied web hosting altogether by Amazon, whose cloud-hosting servers Parler used. Every company involved claimed that Trump’s continued presence on their platforms increased the risk of violence, given five people died during the Capitol Hill riot.

The crackdown gave an unlikely boost to Gab, another Twitter-like platform whose selling point is its professed commitment to free speech. Gab has been around since 2016, but its existence has been mired in controversy due the proliferation of racist content on its platform and CEO Andrew Torba’s refusal to “police what is hate speech and what isn’t.”

Nevertheless, users exiled from mainstream social media platforms have signed up to Gab in droves over the last three days. In a post to Twitter on Saturday, Torba claimed that more than 10,000 new users were signing up every hour.

Unlike Parler, Gab runs on its own servers, meaning a provider like Amazon can’t decide to pull the plug. After being blacklisted by payment processors and email providers, Gab built its own in-house payment and mail infrastructure, as well as its own messaging service, web browser, and video app.

However, the sudden influx of new traffic has slowed Gab to a crawl. Torba wrote on Wednesday that new servers will be added, and that he has already invited Trump to take up residence on Gab.

Torba has reserved an account for Trump. At present, the account only serves as an archive of the president’s Twitter account before its deletion, but has nearly a million followers. Trump has so far given no indication that he will move to Gab, but the rumor mill has already spun into life.

Torba only follows three accounts on Twitter: Donald Trump Jr., Eric Trump, and Dan Scavino – President Trump’s deputy chief of staff. On Saturday, Torba posted on Gab requesting prayers from his followers, claiming that he had an important call scheduled, though he did not elaborate further. Many users took his post as a sign he had gotten in touch with Trump’s team.

While Gab has in recent days been flooded with incitements to violence, the company maintains that its “terms of service absolutely ban all illegal content, including threats, as influenced by American speech laws as well as American legislation and court rulings on the subject.” Illegal content on Gab is not weeded out by algorithms, but by volunteer moderators, a situation that allows for more nuanced policing of content, but is open for ideological bias.

Torba insists that Gab welcomes users “from every race, religion, ideology, and creed.” However, its user base is overwhelmingly conservative. Whether he can expand on this user base and make good on his promise to provide an “unbiased, open source, and neutral platform” will likely depend on how heavily big tech clamps down on dissident speech from all sides – not just the right.