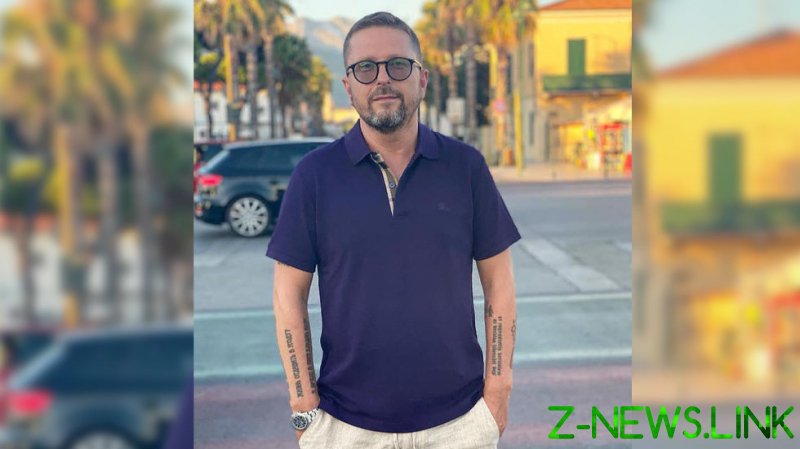 On Tuesday, the SBU (Kiev’s successor to the KGB) announced that it had opened a file on popular YouTuber Anatoly Shariy, suspecting him of both “high treason” and “violation of the equality of citizens.” Investigators claim that he is a “well known Russian propagandist” who has “carried out illegal activities to the detriment of Ukraine’s national security in the information sphere.” Specifically, the journalist stands accused of “discrediting the state policy of Ukraine.”

Born in Kiev, Shariy has been a staunch critic of the waves of political turmoil that have gripped Ukraine since the 2014 Maidan. He was also a fierce detractor of the previous government under Viktor Yanukovich, considered to be friendlier toward Russia, and in 2012 claimed asylum in the EU over allegations of political persecution.

At one time a candidate in the country’s parliamentary election, the commentator has had a series of brushes with the law, not least for reportedly shooting a man with rubber bullets for supposedly insulting his wife in a McDonald’s restaurant. He has repeatedly courted controversy, accusing President Volodymyr Zelensky of running death squads and calling pro-EU Ukrainians “half breeds.”

However, while Western hacks often support the right of free speech for fringe figures in countries like Russia, it appears they are prepared to make an exception in Ukraine. Dan Peleschuk, a contributor to American state-run media RFERL, praised the decision. According to him, it came as part of an “offensive against toxic propaganda,” describing Shariy as a “notorious blogger and sh*t stirrer.”*

Peleschuk’s sentiments appeared to be shared by a number of other regular talking heads focusing on the region. Vladislav Davidzon, a lobbyist at the pro-NATO pressure group the Atlantic Council and Buzzfeed’s Eastern Europe correspondent Christopher Miller retweeted his view without comment.

The move from Ukraine’s security services comes as part of a fresh campaign from Zelensky’s government against media outlets that it considers to be ‘pro-Russian’. Earlier this month, Kiev clamped down on eight opposition-owned media outlets based in the country, with tough new rules taking away their broadcasting rights.

As a result of the ban, three of the channels were taken off air almost immediately. The media empire that owns the outlets belongs to opposition parliamentarian Taras Kozak, who officials say is the right hand man of Viktor Medvedchuk, the leader of the Opposition Platform – For Life (OPZZh) grouping in the national parliament. The largest non-government bloc, OPZZh generally receives its support from Russian-speakers in the east of the country, and has consistently advocated better ties with Moscow.

In a furious statement, Medvedchuk said that the fresh campaign of censorship was linked to nosediving approval ratings for Zelensky’s government, which is fighting fierce battles over corruption and a coronavirus lockdown. The policy, he claimed, amounted to the use of “violence, bullying and coercion against dissent.”

Defending the decision, Mikhail Podolyak, an adviser to Zelensky, said that “it’s clear that sanctions on Mr. Medvedchuk’s TV channels are not about the media and not about freedom of speech,” he argued. “It’s just about effectively counterfeiting fakes and foreign propaganda.” Without action, he argued, the opposition media would “kill our values.”

One Twitter user sought to contextualize the row for an international audience, saying that “for US folks, this would be more or less the equivalent of Biden sanctioning Fox News, OAN, and Newsmax.”

However, the outlets in question, from the 1+1 media conglomerate, are by and large filmed, written and edited in Ukraine, by Ukrainians and for a domestic audience of Russian-speaking Ukrainians, who make up around a third of the population. However, this historic group is increasingly seen as a political inconvenience in a nation that is working to redefine its history and identity in opposition to its colossal Eastern neighbor.

The country already has some of the most restrictive rules around the kind of content that its ethnic Russian speakers can access. In 2014, a blanket ban came into force on more than a dozen Russian-language outlets broadcast from across the border, including RT’s new channel. The Interior Ministry accused networks of spreading “propaganda” about the conflict in the east of the country. “Ukraine should protect its media space from Russian aggression,” a spokesman said at the time.

The latest campaign against free expression in the media has drawn a mixed reaction from Kiev’s Western supporters. Washington has unequivocally backed the move to terminate transmissions of Ukraine-based Russian-language channels, with its embassy in the capital saying that it “supports efforts… to counter Russia’s malign influence.” It described the shuttering of broadcasters as “in line with [Ukrainian law], in defense of its sovereignty and territorial integrity.” “We must all work together to prevent disinformation from being deployed as a weapon in an info war against sovereign states,” its statement concluded.

However, the EU, which hands over significant sums to Kiev in the form of grants and loans, expressed more concern over the precedent being set. Foreign Diplomatic Service spokesman Peter Stano told Interfax-Ukraine that attempts to strike out against disinformation “should not happen at the expense of freedom of the media and should be carried out with full respect for fundamental rights and freedoms and in accordance with international standards.”