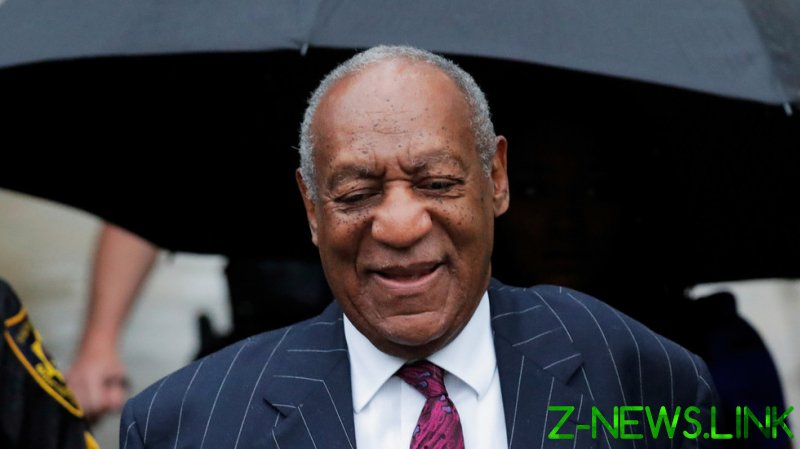 Cosby’s conviction was overturned on Wednesday after it was found that an agreement he had made with a previous prosecutor prevented him from being prosecuted.

Known for family-friendly television shows like ‘The Cosby Show’ and ‘Fat Albert,’ Cosby was charged in 2015 with drugging and raping Andrea Constand.

Cosby has served over two years of a three- to 10-year sentence. Convicted at the height of the #MeToo era, Cosby’s case went to trial twice, the first time ending in a deadlocked jury.

In the Pennsylvania Supreme Court’s decision, Justice David Wecht said Cosby must be “discharged” and barred any future prosecution on the same charges.

Cosby’s lawyers argued that both the previous agreement and the decision to allow other accusers testify had tainted their client’s trial. Only one other accuser beyond Constand was allowed to testify during the first trial. Several more were allowed in the retrial.

The comedian was eligible for parole for the first time in May, but was denied after he refused to attend sex-offender treatment programs.

Multiple other women have also come forward to accuse Cosby of sexual misconduct, though the comedian has long denied any wrongdoing.

Cosby’s previous agreement was with Montgomery County prosecutor Bruce Castor, who testified as district attorney that he agreed Cosby would not be charged in the case of Constand if he would testify in a civil suit brought against him. The civil lawsuit was settled for $3 million in 2006. Cosby was later  charged after Kevin R. Steele took over Castor’s position.