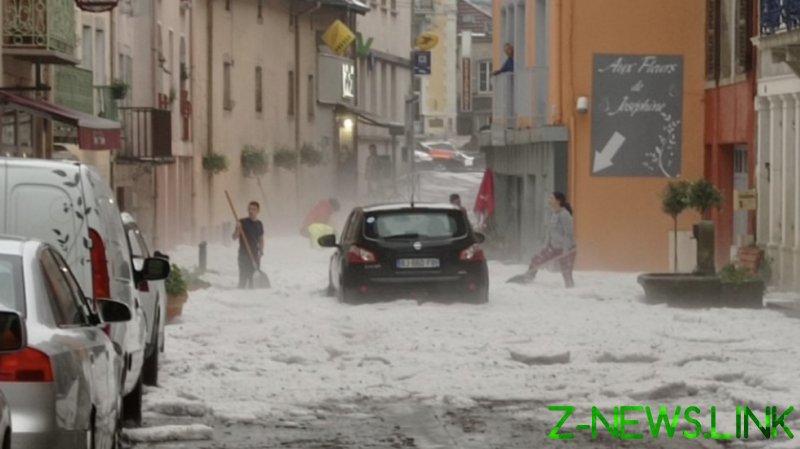 Plombières-les-Bains, in the eastern Vosges mountain range, was smashed by hail in a thunderstorm on Tuesday morning.

The downpour also caused flooding, which affected several streets and the basements of some properties, according to French broadcaster BFM TV.

Shocking footage from Plombières showed rainwater moving down a street past parked cars, with the deluge in some places flowing into doorways.

Minor damage to houses was also reported, and some homes were left without power after trees were uprooted, falling onto electricity lines. No injuries have been reported.

On Monday, an amber warning for thunderstorms was put in place for Vosges and a number of other French departments – or territories – but all cautions were lifted later that evening.

Amid Tuesday’s storm, however, the Vosges Fire Department issued fresh warnings, urging residents in Plombières and nearby Remiremont to limit their movements and remain “extremely vigilant.”

Firefighters were called out 56 times, the department authorities said in a statement on Tuesday afternoon.