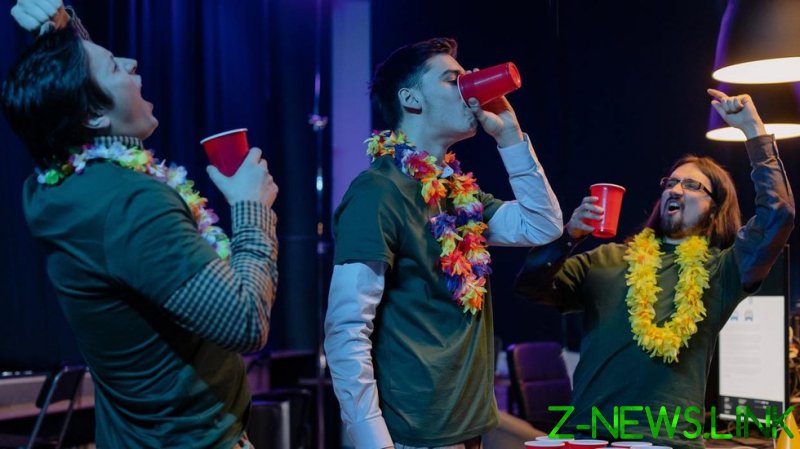 The student has been identified as 20-year Stone Foltz who was hospitalized after an off-campus Pi Kappa Alpha event Thursday near Bowling Green State University. Foltz remains in critical condition and on life support having been airlifted to ProMedica Toledo Hospital.

“Not all the facts are out yet, the investigation is obviously ongoing. I’m sure the university and police are doing their investigations which takes time and obviously that has to happen before I can comment,” family attorney Sean Alto said, dismissing questions about potential lawsuits as premature.

The Pi Kappa Alpha Fraternity said it was “horrified and outraged” by the incident, however, the organization made matters worse when it initially put out an erroneous statement claiming that Foltz had died.

“We extend our deepest and sincere sympathy to the student’s family and friends and all of those affected by this tragic loss,” the organization said before taking the statement, which the family attorney described as “insensitive and inappropriate,” down.

“It’s horrible to do this in advance of the family. They are solely focused on their son, their brother, their grandson,” family attorney Alto added.

The local chapter of the fraternity responsible has been placed on administrative suspension and the international organization is considering permanent expulsion.

“As more details are confirmed, we will also pursue permanent suspension of Delta Beta Chapter as well as expulsion of all chapter members from the International Fraternity,” the Pi Kappa Alpha organization said.

A law designed to more heavily penalize the practice of hazing stalled in the Ohio Senate in 2020.

The proposed law would have expanded the legal definition of hazing to include forced consumption of drugs and alcohol and would have upgraded the crime from a fourth- to a second-degree misdemeanour with the potential of a felony charge if drugs or alcohol were involved.