‘Frankly, we did win this election’: Donald Trump claims victory, plans to go to Supreme Court 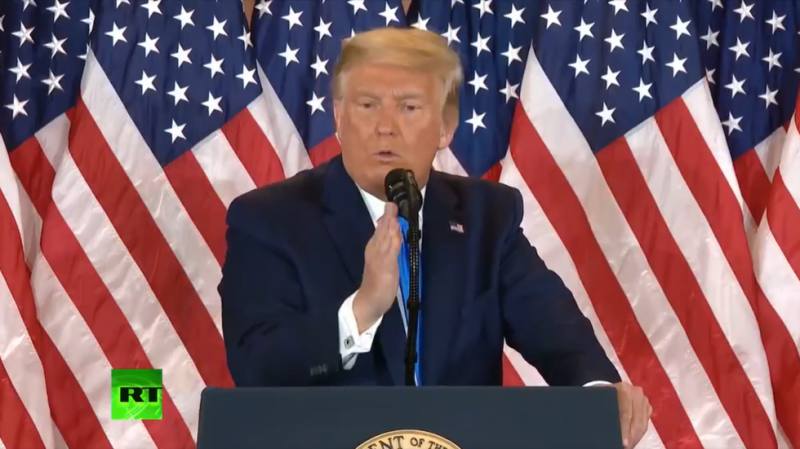 The incumbent president spoke early Wednesday morning at the White House, claiming victory in several states, including Pennsylvania, Georgia, North Carolina, and Wisconsin, where the media has so far not projected victory for either candidate.

He went on to claim that “fraud” is underway with the vote count and said he will be asking the Supreme Court to intervene.

“We want all voting to stop. We don’t want them to find any ballots at four o’clock in the morning,” he said.

Trump thanked his supporters and members of his campaign. He pledged that those who voted for him will not be “disenfranchised” by “a very sad group of people.”

As the votes are being counted, Joe Biden so far remains in the lead.