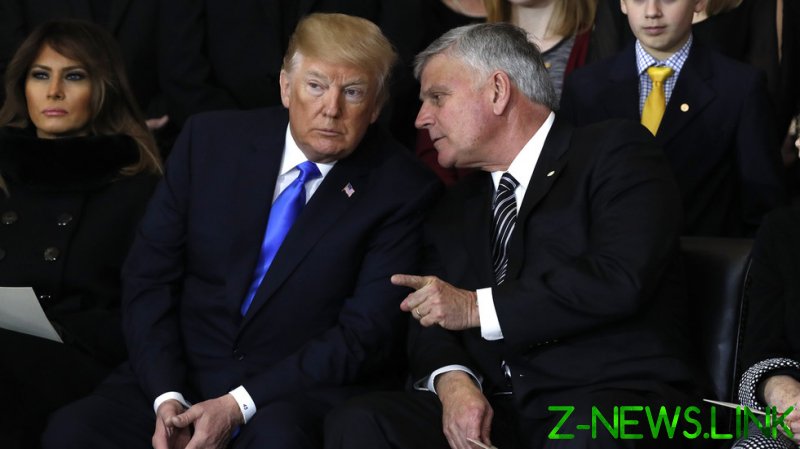 “Shame, shame on the ten Republicans who joined with Speaker Pelosi & the House Democrats in impeaching President Trump yesterday,” Graham tweeted on Thursday. “After all that he has done for our country, you would turn your back & betray him so quickly? What was done yesterday only further divides our nation.”

In a separate Facebook post, Graham, a longtime influential supporter of the president, further elaborated on his disappointment.

House Democrats impeached him because they “hate him and want to do as much damage as they can,” he wrote. “And these ten, from [Trump’s] own party, joined in the feeding frenzy. It makes you wonder what the thirty pieces of silver were that [Democratic House] Speaker [Nancy] Pelosi promised for this betrayal.”

Judas Iscariot was offered 30 pieces of silver to betray Jesus in the Bible, who was then crucified by the Romans.

While Graham acknowledged Trump is “not perfect” and the US Capitol riot was a “low-point” of his presidency, the seeming comparison to Jesus gave liberal critics plenty of reason to slap Graham with criticism, with the religious leader trending on Twitter on Friday.

“He has millions of Trump followers. If anything happens to the GOP lawmakers Franklin owns it. Why isn’t the media exposing Graham’s incitement?” author Frank Scheaffer tweeted.

Talbert Swan, who serves the bishop of the Nova Scotia Ecclesiastical Jurisdiction in Canada, wrote that Graham’s comments “echoed the same Trump election lies that fueled the murderous Capitol invaders.”

The House of Representatives passed an article of impeachment this week accusing Trump of “incitement of insurrection” due to him continuing to push election fraud theories and speaking to protesters shortly before they stormed the Capitol.