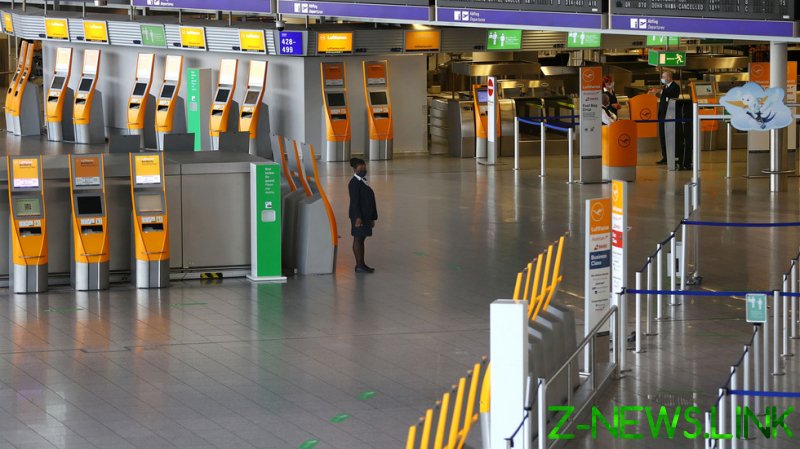 Frankfurt Airport’s Terminal 1, along with its attached regional train station, was closed on Saturday evening, as the airport’s police service launched an otherwise undescribed “operation.”

State and federal police were involved in the operation, and the airport police wrote on Twitter that one piece of abandoned luggage had been investigated and found to be safe.

Little else is known about the operation, and as crowds left the airport, rumors of a bomb or gun threat did the rounds on social media. The Frankfurter Allgemeine reported that two suspects were overpowered by law enforcement and detained. According to the paper’s police sources, the suspects were known among the city’s homeless community, and witnesses claimed that they dropped the suitcase before shouting “Allahu akbar.”

One video which quickly circulated online appears to show a police officer pointing a gun at somebody lying on the ground inside the terminal. Airport authorities cautioned against speculation, however, and urged the public not to share videos of the incident.

Witness reports indicate that a third suspect may have been armed, but police have not yet confirmed the rumors.

In a tweet posted at 7pm GMT, airport police said the operation had ended and blocked off areas were gradually being reopened.

Frankfurt Airport is the fourth busiest in Europe by passenger numbers, and the busiest by cargo traffic. A bombing at the airport in 1985 killed three people and injured more than 70, with investigators pinning the blame on Palestinian terrorists.