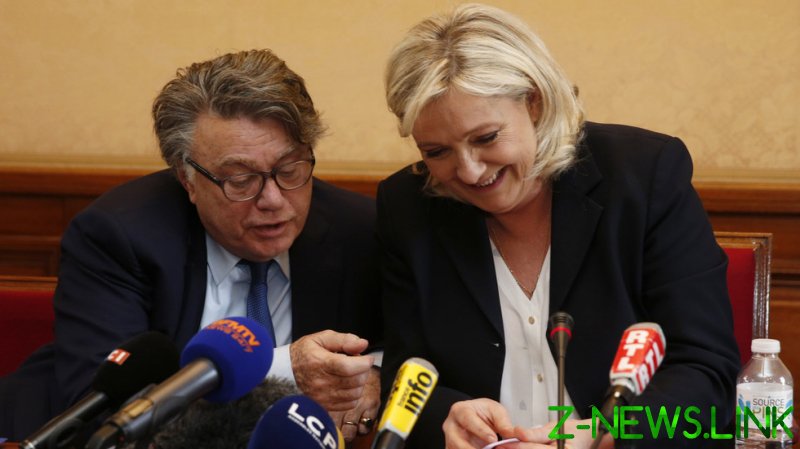 The far-right politician was alleged to have broken French hate-speech laws for uploading three particular images to her Twitter account in December 2015. She denied breaking the law.

La Pen, the leader of France’s National Rally (previously National Front), posted the pictures to ridicule a journalist’s comparison of her party to IS.

The pair’s exchange came just weeks after the 2015 Paris attacks, for which IS claimed responsibility, in which 130 people were killed.

One of the images featured the body of James Foley, a US journalist who was beheaded by an IS fighter in 2014. Le Pen claimed she was unaware of Foley’s identity and she later removed the image at the request of his family.

Le Pen’s National Rally colleague, MEP Gilbert Collard, who was on trial for posting an explicit image, was also acquitted.

He had also responded to the French journalist’s comparison, in his case by uploading a picture of a man with a smashed skull to his Facebook and Twitter accounts.

The two politicians were charged in 2018 with distributing “violent messages that incite terrorism or pornography or seriously harm human dignity” and that can be seen by minors. The offense is punishable by up to three years in prison and a fine of €75,000 ($90,000).

Her acquittal comes as Le Pen campaigns for next year’s presidential election, in which she will likely face-off against the incumbent, Emmanuel Macron.

Recent polling shows Le Pen and Macron, to whom she lost in the 2017 election, are both projected to take 26% of the first-round vote.