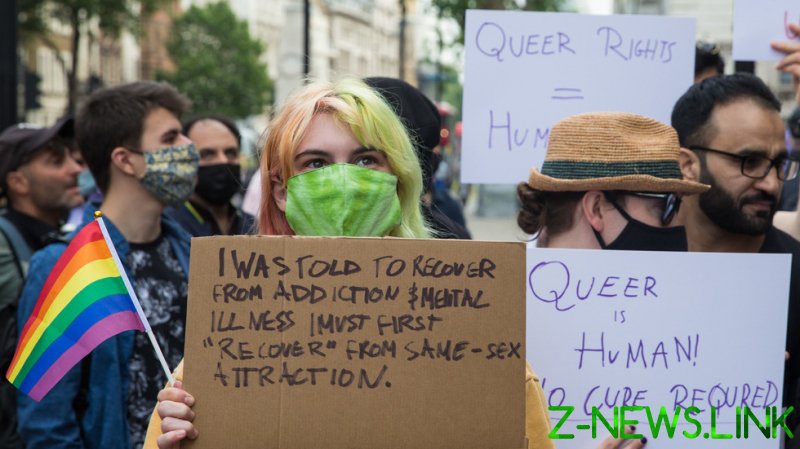 In terms of achieving its aims, conversion therapy is right up there with the burning of witches. Instill enough fear into someone, and they’ll pretty much agree to anything so long as you make the pain stop, or at least extinguish the flames tickling their feet.

So to see the French take positive steps by passing a bill this week on its first reading in the National Assembly before sending it to the Senate, which outlaws the practice of conversion or reparative therapy – making it punishable by two years’ imprisonment and a fine of €30,000 – would seem like a great leap forward for enlightened society. But there is an underlying issue that leaves me unsettled.

Sure, it makes sense to ban the pseudo-scientific nonsense that underpins conversion therapy – as if belonging to any of the representative LGBT groups is basically wrong, but really just down to lifestyle choices and a lack of Jesus, Allah or Buddha in your life.

Last December, more than 300 clerics from 35 countries jointly called for a ban on attempts to transform a person’s sexual orientation in the name of faith in uncompromising language. In a statement, they said, “We demand that everything possible be done to end practices commonly known as ‘conversion therapy’ which aim to change, remove or erase a person’s sexual orientation, gender identity or gender expression, and we demand that these harmful practices be banned.”

Faith groups clearly have a massive stake in this, but their objections centre largely on brand management – as has always been the case – and how to stop quacks co-opting their long-held beliefs for nefarious purposes.

There is, of course, also the fact that it would be inhuman not to object to the range of methods that conversion therapy practitioners have adopted, including exorcism, corrective rape, pseudo-scientific counselling, forced marriage, deprivation of liberty, abduction and torture.

The issue that bugs me, however, is that so dominant are the voices championing critical gender theory that I can’t help but feel this has given them a green light to push ahead with their political agenda, and that new legislation will place legal obstacles in the way of anyone who opposes their worldview.

Part of that danger lies in the use of the term ‘therapy’ – whether conversion or reparative – which risks undermining genuine counselling from medical and psychiatric professionals looking to help confused teens or those suffering gender dysphoria, lest they be accused of attempted conversion.

At what point does a frank and honest discussion between a young person questioning their own sexuality and a medical professional overstep the mark? When does advice become coercion? The whole point of going to the doctor is to seek an opinion. Should a patient who self-diagnoses be allowed legal redress against a GP, just because they don’t agree with the medical or psychiatric assessment? Will denying a pre-adolescent puberty blockers be made a criminal offence?

The Cooper Report, released last week in the UK by the Ozanne Foundation charity, is a good effort at laying down some markers. Although it was welcomed by the Prime Minister’s Special Envoy on LGBT Rights Nick Herbert, and the government has declared it intends to ban conversion therapy, unlike France, no law is expected to come into force until sometime next year.

In the meantime, we can look forward to Hollywood’s take on the situation with Kevin Bacon recently agreeing to star in a planned LGBT conversion therapy horror film by Blumhouse, the maker of the creepy ‘Paranormal Activity’ films.

No doubt, the star of ‘Footloose’, ‘Mystic River’ and countless phone network adverts will bring gravitas and a considered approach to this contemporary debate through his chosen oeuvre of film. Or maybe not.