France turns to Ancient Greece for war on woke 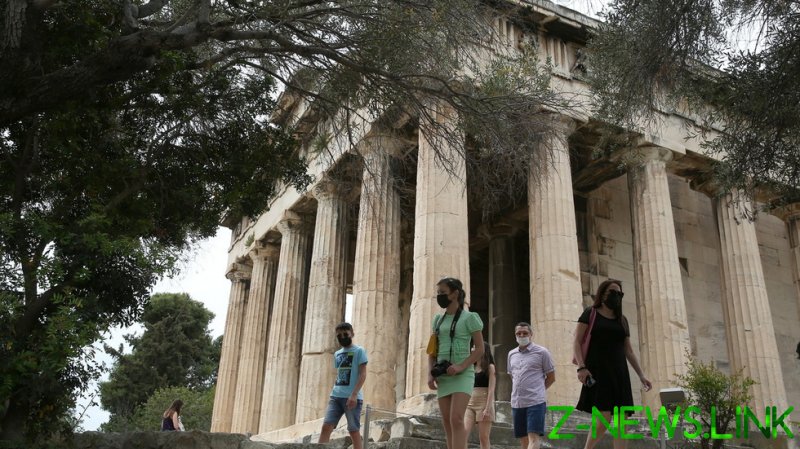 Blanquer wants sixth formers to have the opportunity to “develop their culture” by reading ancient philosophers while gaining the technical qualifications that the economy demands.

Speaking at a charter signing, alongside counterparts from Italy, Greece, and Cyprus, the minister claimed their joint commitment to the promotion of the classics came at a time when ancient languages were being threatened by American wokeism.

The targeting of the dead languages has been most prominent in the US with Princeton University announcing this summer that it would no longer require classics students to study ancient Greek and Latin; the two vernaculars are often considered the core pillars of the discipline.

Dan-el Padilla Peralta, an associate professor of classics at Princeton, claimed the ancient languages had been used as a justification of slavery, colonialism, and fascism for 2,000 years.

In a similar move, a Massachusetts high school boasted that it had removed Homer’s Odyssey from the school curriculum as it conflicted with the anti-racist agenda it wanted to teach. “Very proud to say we got the Odyssey removed from the curriculum this year,” a teacher wrote on social media.

Blanquer told Le Point that such interpretations of the classics were “completely mind boggling.” “To stick categories and a contemporary world view on writings dating back two millennia is an abyssal absurdity,” he added, noting that these civilizations brought us “openness and a search for the universal.”

The minister believes that ancient languages are a common bond for contemporary European nations, noting that the “common linguistic fund” would help spread “common values.”

Blanquer also claimed the classics respond to a demand for logos (language as a tool for reason), in a world where “a lack of reason is spreading like wildfire.”

The liberal or woke agenda, which some in France claim is an Anglo-Saxon import, is likely to be a major feature in the 2022 presidential election, where Macron’s main competitor is likely to hail from the far right of the political spectrum.