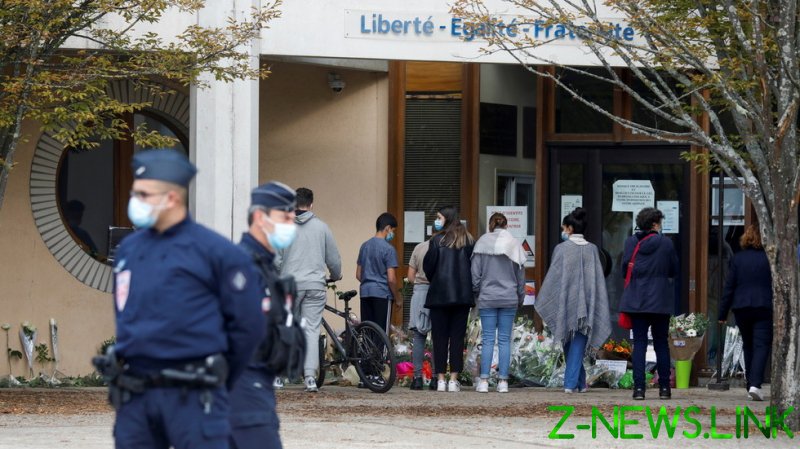 Speaking on France 3 TV channel, Le Maire said that he will prepare “proposals to strengthen the control over financial flows” of Islamist groups.

“There is a problem of financing a number of Islamist associations on which I think we can and must do better,” he said.

Le Maire’s statement came as the latest response to the brutal murder of middle school teacher Samuel Paty in Conflans-Sainte-Honorine, outside Paris. On Friday, he was beheaded by an 18-year-old man of Chechen origin for allegedly showing his class a cartoon depicting Islam’s prophet Mohammed as part of a lesson on freedom of expression. The suspect was shot dead during a standoff with police.

President Emmanuel Macron called Paty’s murder an “Islamist terrorist attack,” in which the perpetrator wanted to undermine the “values” of France.

On Saturday, Prime Minister Jean Castex promised that the government will develop measures for an “even stronger, faster and more effective response strategy when a teacher is subjected to threats.”