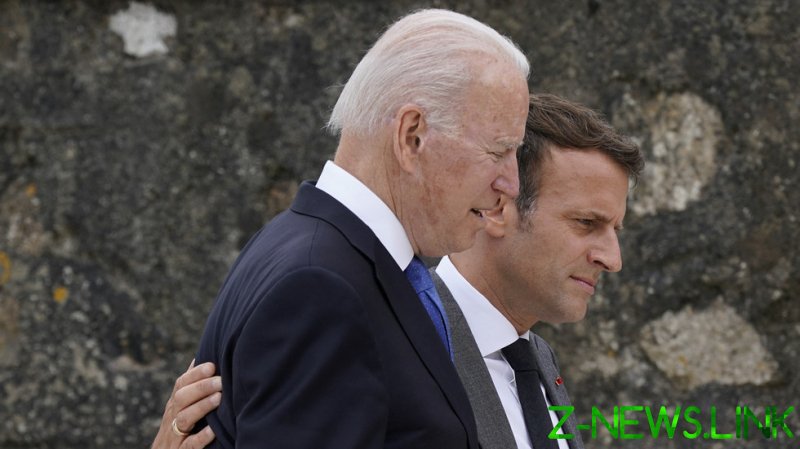 Biden phoned Macron on Wednesday to discuss last week’s announcement of a new security pact between the US, UK and Australia – which resulted in France losing a multi-billion-dollar shipbuilding contract, among other things – and “agreed that the situation would have benefitted from open consultations among allies on matters of strategic interest to France and our European partners,” according to a joint statement released by both the White House and the Elysee Palace.

Biden “conveyed his ongoing commitment” to such consultations, the statement said.

The two presidents will meet at the end of October in Europe, “in order to reach shared understandings and maintain momentum in this process.” The French ambassador – recalled to Paris for consultations on Friday – will return to Washington “next week” per Macron’s decision, the statement said, where he will “start intensive work” with US officials.

According to the joint statement, Biden “reaffirms the strategic importance of French and European engagement in the Indo-Pacific region” and “also recognizes the importance of a stronger and more capable European defense, that contributes positively to transatlantic and global security and is complementary to NATO.”

Paris has called for a review of the “concept of alliances,” after France was caught completely off-guard by last week’s announcement. The first major project of the AUKUS is to provide Australia with nuclear-powered submarines, with Canberra canceling the contract with a French shipbuilder for a dozen conventional vessels, originally signed in 2016.

Speaking in New York on Monday, French Foreign Minister Jean-Yves Le Drian described the announcement as more than just a breach of a weapons contract, but a “breach of confidence between allies,” and called for “serious reflection among Europeans on the very concept that we have of alliances and partnerships.”

Defense Minister Florence Parly told the French Senate on Wednesday that France intends to “remind the US” that NATO’s purpose is transatlantic security, not confrontation with China. France and Germany are now working to “revise the strategic concept” of the alliance by the 2022 summit in Madrid, she added.

“Being allies does not mean being hostage to the interests of another,” Parly told the senators.