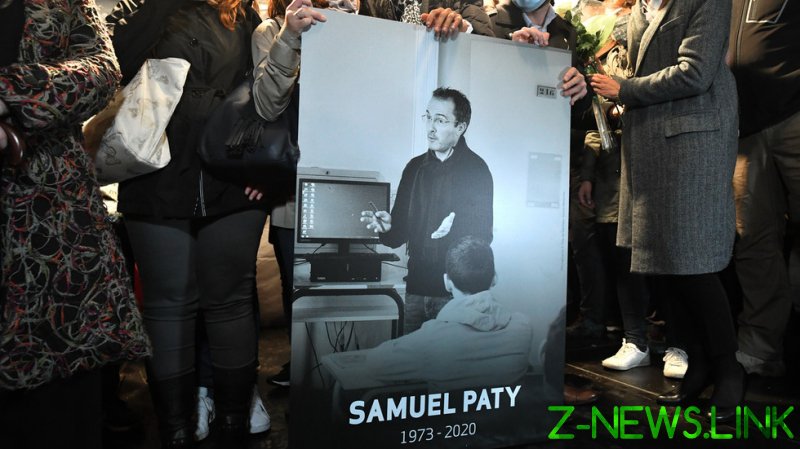 A government spokesman said on Wednesday that the Islamic organization would be banned from the country.

“This is a battle over security, culture and education,” spokesman Gabriel Attal said while announcing the decision.

Macron vowed a day earlier that his cabinet would move to break up the organization, which he accused of being “directly implicated” in the beheading of Samuel Paty, a schoolteacher who was murdered after he showed his students cartoons of the Prophet Mohammed during a lesson on freedom of speech. A parent of one of his students made a video condemning the use of the caricatures, and the clip quickly spread among the local Muslim community.

Interior Minister Gerald Darmanin had earlier told French radio that the group, named after the assassinated Palestinian co-founder of the Hamas movement,  “apparently launched a fatwa” against Paty. Hamas has denied any links with the French organization.

Paty was murdered in Conflans-Sainte-Honorine, northwest of Paris, by an 18-year-old Chechen refugee on October 16. The killing sent shockwaves through France and sparked demonstrations.

As part of a crackdown on Islamic extremism, Macron’s government has conducted numerous raids and temporarily closed a local mosque that shared a video denouncing Paty.