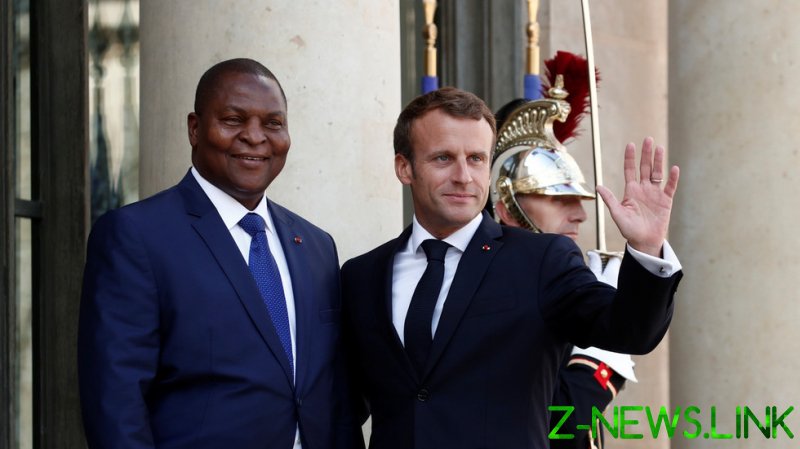 Macron “ordered a flyover of Central African territory by fighter planes” at the request of CAR President Faustin-Archange Touadéra, and it took place on Wednesday, the Elysee Palace said in a readout of the phone call between the two leaders.

The flyover was conducted in agreement with MINUSCA, the UN peacekeeping mission in the CAR, Paris noted.

Macron singled out former president François Bozize in condemnation of “armed groups and certain political leaders” allegedly trying to “obstruct the implementation of the peace agreements” and delay the elections, scheduled for December 27.

Bozize, who was deposed and exiled by rebels in 2013, returned to CAR last year and said he would run in the election, but was blocked by the courts claiming that he failed the “good morality” qualification on account of UN sanctions and an international arrest warrant against him.

Touadéra was Bozize’s prime minister between 2008 and January 2013, when he was sacked in an attempt – ultimately unsuccessful – to placate the rebels. He has been president since 2016. Western media have claimed his security detail is made up of Russian “mercenaries.”

Sandwiched between the Congo and Chad, the Central African Republic is a former French colony. It became independent in 1960, but its first government was overthrown in a military coup in 1965. The colonel who led the coup, Jean-Bedel Bokassa, later proclaimed himself president for life and in 1972 the emperor, only to be overthrown in 1979 by a French military intervention.