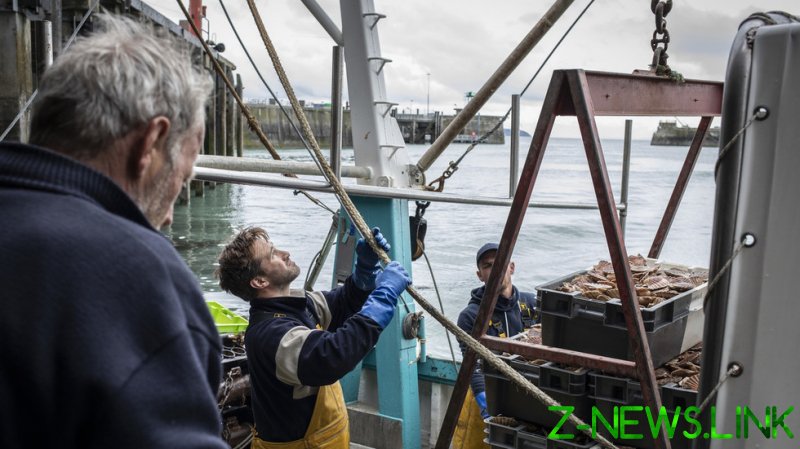 “We want the situation to be quickly unblocked through the full implementation of the trade and cooperation agreement, which provides for continued access to UK waters for fishermen who worked in these waters before Brexit,” a spokesman for the ministry said.

“This is our only objective and we want to mobilise all the levers to preserve the fishing industry and allow it to continue its activities.”

Tensions escalated this week over Jersey’s recent refusal to grant post-Brexit licences to 17 French fishing vessels, with island officials saying they hadn’t provided the correct data for their applications.

France’s maritime minister earlier this week hinted Paris could be prepared to cut power to the Channel island in retaliation for the licensing issue.

On Thursday, the UK dispatched two Royal Navy boats to the island to guard the Crown dependency’s main port Saint Helier, where as many as 60 French fishing boats were protesting the lack of licences.

France also sent its own military patrol vessels to the area.The fishing flotilla has now withdrawn, and the UK prime minister’s office said on Thursday evening that the British naval boats are getting ready to return home.

“We are pleased that French fishing boats have now left the vicinity of Jersey. Given the situation is resolved for now, the RN Offshore Patrol Vessels will prepare to return to port in the UK,” a Downing Street spokesperson said.

The Jersey licencing authorities have insisted they acted within the law, but on Thursday Vivian Loonela, a spokesperson for the European Commission said there were “additional conditions” to the licences.

She said Brussels had informed London that the provisions of the EU and UK’s Trade and Cooperation Agreement, signed in December, have “not been met” and are “not being respected.”