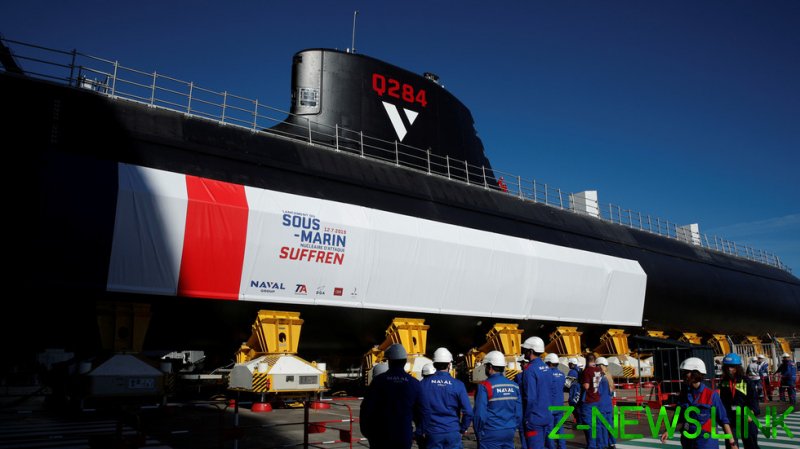 “I am angry and bitter. This isn’t done between allies,” Foreign Minister Jean-Yves Le Drian told franceinfo radio on Thursday morning, after the leaders of Australia, the UK and US convened a virtual press conference on Wednesday night, announcing the AUKUS pact and the delivery of conventionally-armed nuclear-power submarines to Canberra.

The delivery of the nuclear subs under the AUKUS (Australia, UK, US) pact means Canberra will scrap a 2016 deal with French firm Naval Group to upgrade its fleet with more diesel submarines. The scrapped deal was reportedly worth $40 billion.

“This brutal, unilateral and unpredictable decision reminds me a lot of what Mr Trump used to do,” Le Drian stated. He also took aim at Canberra, “it’s a stab in the back. We created a relationship of trust with Australia and that trust has been broken.”

Just two weeks ago, the Australian defense and foreign ministers reconfirmed their commitment to the deal with France, despite reported challenges. In June, French President Emmanuel Macron said the deal represented the promise of continued cooperation for years to come.

Earlier on Thursday, British defense secretary Ben Wallace denied it was a “betrayal” of London’s French allies, but said he understood the disappointment felt in France and at Naval Group.

Under the 2016 deal with Paris, the Royal Australian Navy was to receive a fleet of 12 of its cutting-edge diesel-electric submarines, to replace its more than two-decades-old Collins submarines. It was broadly considered to be in the mutual interest of western nations in an effort to counter the perceived China threat.

As noted by Wallace, the nuclear vessels to be delivered under the AUKUS pact were harder to detect and don’t need to resurface.

Also on Thursday, French Armed Forces Minister Florence Parly said the government would consider all options to safeguard the Naval Group, including asking for compensation from Canberra. “We are studying all avenues,” Parly told French radio station RFI.