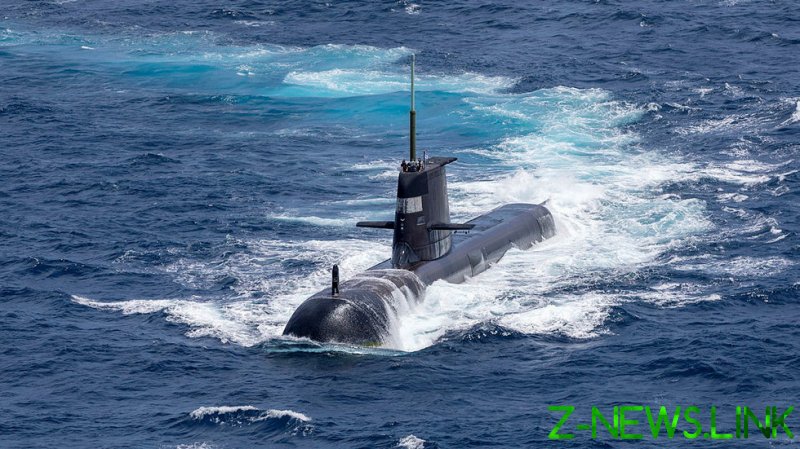 US President Joe Biden, Australian Prime Minister Scott Morrison and his British counterpart Boris Johnson announced the ‘AUKUS’ initiative in a three-way virtual event on Wednesday. It is supposed to start 18-month consultations to eventually provide Australia with nuclear-powered but conventionally armed submarines – making it the first non-atomic nation with such weapons.

French shipbuilder Naval Group reportedly expressed “disappointment” at the announcement, as it meant Canberra was abandoning their contract for a dozen diesel-electric submarines. The Australian press has reported the value of that contract at $90 billion AUS (56 billion euros, or $66 billion US).

The Naval Group contract was personally backed by French President Emmanuel Macron, who promised “full and complete” commitment to it as recently as June, according to AFP – even as Australia was already in talks with London and Washington, apparently.

Canberra’s “regrettable” decision was “contrary to the letter and the spirit of the cooperation which prevailed between France and Australia,” French Foreign Minister Jean-Yves Le Drian and Armed Forces Minister Florence Parly said in a joint response to the AUKUS announcement.

Part of the problem with the Naval Group deal was that the Australian government was insisting on doing the manufacturing and sourcing the components locally, according to Reuters. At least one Australian MP has already wondered whether Canberra will make the same demands in the AUKUS deal, or simply buy off-the-shelf designs from Washington and London.

The Royal Australian Navy currently operates six Collins-class submarines, based off of a Swedish design and built between 1990 and 2003 in Port River, near Adelaide. Canberra had made a deal with Naval Group in 2016 for a dozen new vessels, but the contract has since “broken down over a series of disagreements over spiralling costs, design changes, schedule slippage and local industry involvement,” according to the Australian outlet Financial Review.

After one European think-tank fellow called the cancellation “a knife in the back to Paris on a very important deal for France as it looked to solidify [its] own complementary role in the Indo-Pacific,” an Australian journalist in Berlin disagreed.

Australia was “long unhappy with the cost blowouts and missed deadlines of [the] French programme,” argued Trent Murray. “In the eyes of Canberra, Naval Group simply didn’t deliver what was being paid for.”

The AUKUS arrangement has both financial and political implications for France, numerous observers have pointed out. The French government has a 62% stake in Naval Group, with the remaining third held by Thales, itself partly state-owned. Losing the contract to the US and UK would also be a “major blow for Macron” and “could prompt a rethinking in France about strategic alliances with the Anglosphere,” said a Reuters correspondent in Paris.

The statement by Le Drian and Parly appears to bear this out, as they pointed out the “regrettable” decision by Australia “reinforces the need to raise the issue of European strategic autonomy” as the only “credible way to defend our interests and our values ​​in the world.”