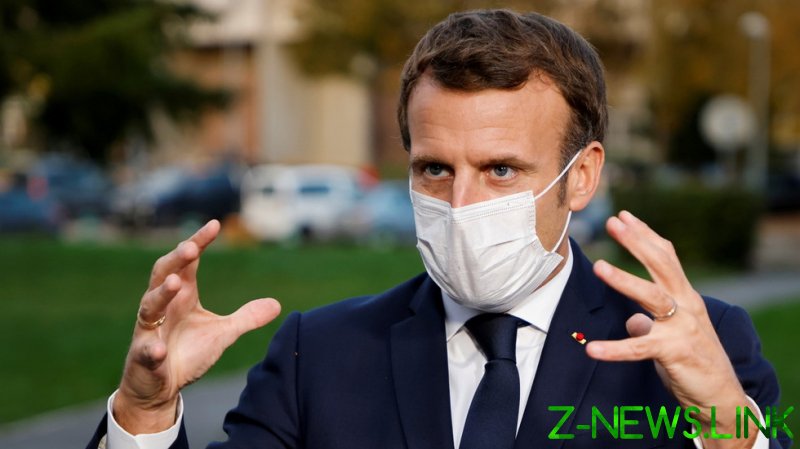 The move was announced by Macron’s office late on Saturday.

In its statement, Paris indicated that it does not plan to engage in name-calling with the Turkish leadership.

“Outrage and insult are not a method,” the office said.

The recall was announced shortly after Erdogan directed blistering criticism at the French leader earlier the same day. Speaking at a meeting of his ruling Justice and Development (AK) Party in the central Turkish city of Kayseri, the he accused Macron of “mistreating” millions of Muslims.

“What is Macron’s problem with Islam and Muslims? He needs mental health treatment,” Erdogan stated, claiming his French counterpart “does not understand freedom of belief.”

Erdogan’s wrath came in response to a string of statements recently made by Macron, who vowed to combat Islamic extremism in France, while stating Islam was “in crisis” worldwide due to the rise of the fundamentalists.

Macron renewed his pledge to weed out radical Islamists after the brutal murder of Samuel Paty, a middle-school teacher who was beheaded outside Paris on October 16. Paty was slain by a young Chechen refugee, apparently in retaliation for showing cartoons of Prophet Mohammed to his students as part of a class on freedom of expression.

Macron was quick to denounce the murder as an “Islamist terrorist attack” and urged the nation to stay united against extremism.

“This is our battle and it is existential. They [terrorists] will not succeed … They will not divide us,” Macron said shortly after Paty’s murder. “One of our compatriots was murdered today because he taught … the freedom of expression, the freedom to believe or not believe,” he added.