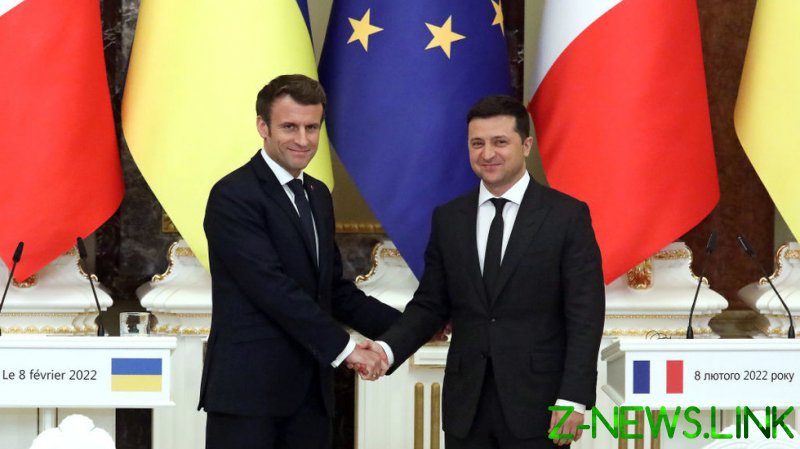 President Emmanuel Macron has promised his Ukrainian counterpart Volodymyr Zelensky that France will “reinforce” both military and humanitarian aid to Kiev.

During a phone conversation on Saturday, less than a week after Macron’s reelection, Zelensky thanked the French leader for providing Ukraine with “major” military equipment which “contributed to the Ukrainian resistance,” the Elysee Palace said in a statement.

Macron “indicated that this support will continue to be strengthened, as will the humanitarian assistance provided by France.” The presidential office noted that France has already provided Ukraine with “more than 615 tons of equipment including medical equipment, generators for hospitals, food, household goods and emergency vehicles.”

Zelensky recently said that Ukraine’s partners have finally begun to provide Kiev with some of the heavy weapons which it had requested. This was after France and Canada announced their plans to send long-range artillery systems for the first time.

Russia, meanwhile, has warned the West against “pumping” Ukraine with weapons, saying it would only lead to a prolongation of the conflict. Moscow has made it clear that it would consider any foreign weapons on the Ukrainian territory as a legitimate target.
Macron also promised Zelensky that a team of French experts would continue collecting evidence related to crimes allegedly committed “within the framework of the Russian aggression.”

Since the launch of Russia’s military assault, Moscow and Kiev accused each other of committing war crimes.
During the phone call, which lasted approximately an hour, the French leader “reaffirmed his desire to work actively during his second term to restore the sovereignty and territorial integrity of Ukraine” in close coordination with European allies. 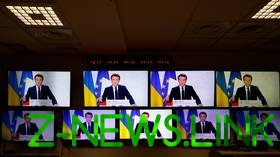 Macron also reiterated his “deep concern” over “Russian bombardments of Ukrainian cities” and “the unbearable situation in Mariupol” despite “repeated calls to the Russian president to respect international humanitarian law.” Moscow denies that it has ever targeted civilians in Ukraine and claims that Azovstal steel plant remains the last stronghold under Ukrainian control in Mariupol, with the fighters of the notorious neo-Nazi Azov regiment and other units holed up there.

The French President expressed his hope for progress in the negotiations between Russia and Ukraine, saying the talks could bring “a lasting solution to the conflict and a return to security on the European continent.”

Currently the peace negotiations appear to have stalled, with Russian Foreign Minister Sergey Lavrov accusing the West of making Kiev to backtrack on previously agreed terms with Moscow.

Macron has been one of very few Western leaders who, since the launch of Russia’s military operation in Ukraine, has continued direct dialogue with the President Vladimir Putin. At the same time he has insisted on stepping up sanctions against Moscow, including tougher restrictions on Russian energy.