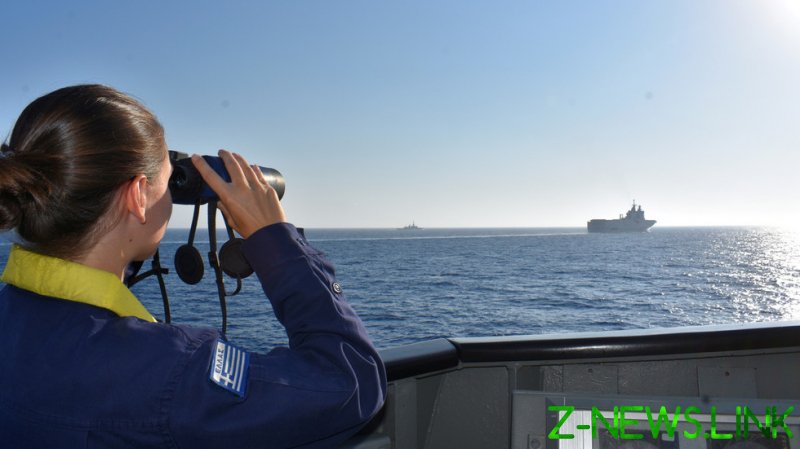 Codenamed ‘Eunomia’, the aeronautical exercises launched on Wednesday off the southern shores of Cyprus, the host nation of the war games. Athens’ defense minister announced the start of the drills earlier in the day, saying they are to reinforce “the rule of law as part of the policy of de-escalating tensions.”

France, in turn, also confirmed the news, having dispatched its ‘Lafayette’ frigate, as well as three Rafale fighter jets. Italian and Cypriot vessels were also said to have joined the exercise in the eastern part of the Mediterranean.

A day prior, separate drills kicked off near the Greek island of Crete, this time involving Hellenic and US armed forces.

The string of military exercises appears to be upping the ante in the festering feud between Greece and Turkey. Formally allies within NATO, the two nations have been at loggerheads over a number of issues, from historical discords to overlapping territorial claims in the Eastern Mediterranean.

Tensions recently flared up when a trove of gas and oil was discovered in the contentious waters. This week, Ankara announced that its Oruc Reis research vessel will carry on navigating the disputed waters between Cyprus and Crete. The news has caused outrage in Greece which views the research activities as unlawful and considers them an affront to its sovereignty.

Ankara and Athens have been trading harsh statements over the issue in recent days, raising concerns in Europe. Berlin, which holds a rotating presidency in the EU, sent its foreign minister, Heiko Maas, to try and calm the rivals down. While in Athens, he cautioned both sides against “playing with fire,” suggesting that saber-rattling could evolve into a “catastrophe.”