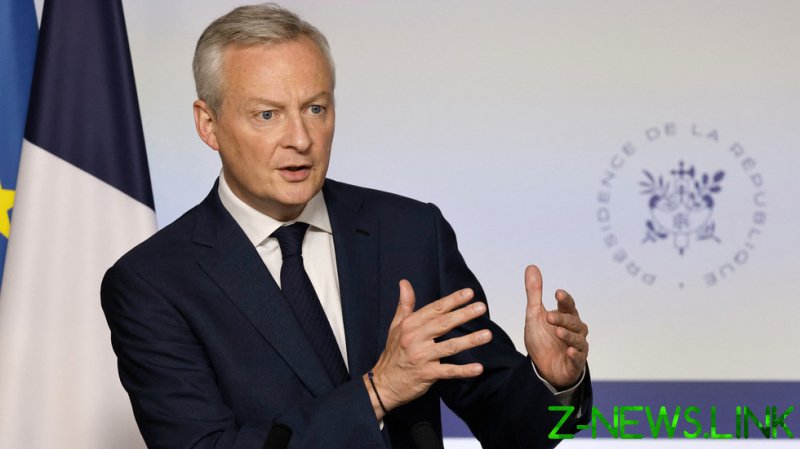 French authorities are preparing for a complete suspension of gas supplies from Russia, according to the country’s Finance Minister Bruno Le Maire, who sees such a full shutdown as the “most likely scenario.”

“I think that a total cutoff of Russian gas supplies is a real possibility … and we need to prepare for this scenario,” Le Maire said, speaking on the sidelines of a conference in southern France, as cited by Reuters.

“It would be totally irresponsible to ignore this scenario,” he said. “We’re pretty much already there.”

According to the minister, the first line of defense is for households and businesses to reduce energy consumption, then the construction of new infrastructure like a floating plant that will be able to re-gasify shipments of liquefied natural gas (LNG) from overseas.

Paris is also looking company-by-company to see which could be forced to scale back production capacities to save energy if necessary, Le Maire said. 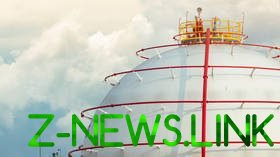 The French government has been preparing contingency plans despite the fact that the nation is less dependent on Russian gas supplies than other European countries. Some 17% of France’s total supply is reportedly coming from Russia.

Last week, the research carried out by the Centre for Research on Energy and Clean Air (CREA) revealed that France was the world’s largest importer of Russian liquefied natural gas in 2022. Data shows the nation’s short-term purchases of LNG, crude oil, and oil products were worth around €900 million ($940 million) in April-May.

Earlier this month, the Gazprom-affiliated Nord Stream AG said it would shut down the Nord Stream 1 pipeline, a major conduit, for ten days for scheduled annual maintenance. The operator highlighted that the stoppage had previously been agreed with all partners.

Last month, the Russian energy giant slashed the volumes of gas delivered to Germany via the pipe by 60% due to operational challenges, caused by the failure to return a serviced turbine on time from Canada.