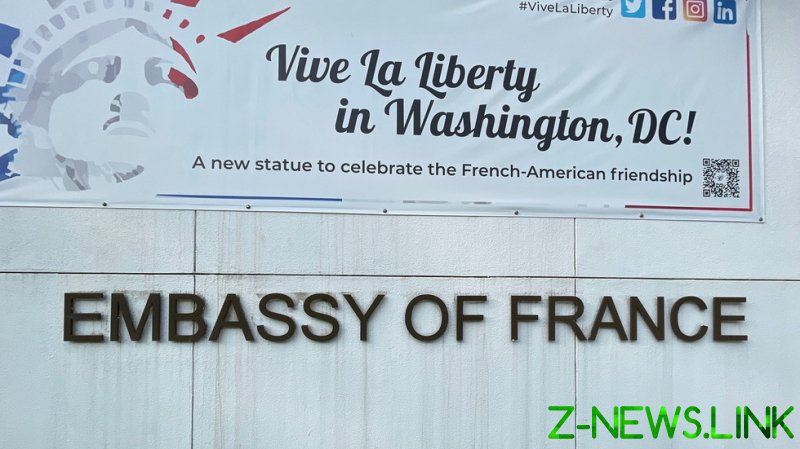 “France is a vital partner and our oldest ally, and we place the highest value on our relationship,” State Department spokesperson Ned Price said on Friday, according to Reuters. He added that the US would continue to work to resolve the spat at the senior level in the days ahead, namely at an upcoming UN General Assembly meeting in New York next week.

Price’s comments came after France recalled its envoys to both Washington and Canberra over the submarine deal, which was announced earlier this week as part of a new “enhanced trilateral security partnership” between the US, the UK and Australia – dubbed ‘AUKUS.’ The sub sale, which was negotiated in secret, effectively scrapped an earlier agreement for France to supply Australia with $66 billion in diesel-powered submarines, with Paris slamming the new deal as “unacceptable” and “incomprehensible.” Soon after the sale was publicized, French Foreign Minister Jean-Yves Le Drian said Paris was not notified of the deal, adding that the move was reminiscent of ex-US President Donald Trump, who also sparred on and off with France during his time in office.

A spokesperson for Australia’s Foreign Ministry also attempted damage control on Friday amid the diplomatic fallout, saying the country “values its relationship with France” and looks forward to “engaging with France again on our many issues of shared interest, based on shared values.” The spokesperson did note, however, that Canberra “regret[s]” the ambassador’s recall.

Though France did not recall its envoy to the UK, a French diplomatic source cited by Reuters said Paris believed London joined the trilateral deal in an “opportunistic” manner, adding that “We don’t need to hold consultations with our [British] ambassador to know what to make of it or to draw any conclusions.”