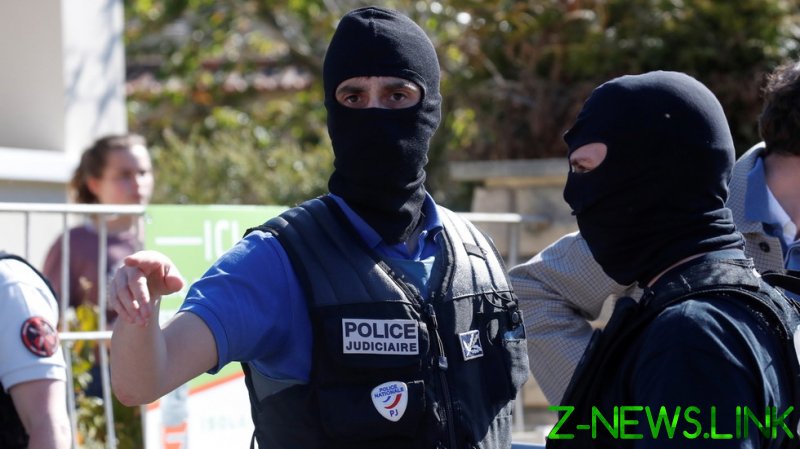 The murder of the policewoman was an attack on the whole of France, the country’s Prime Minister Jean Castex said on Saturday.

“Once again, the Republic has been attacked. Once again, the French state has been threatened. We will not let this go by,” Castex vowed, as he spoke to reporters from the southern city of Toulouse.

The 49-year-old police administrative worker was fatally stabbed in the city of Rambouillet, located some 60 kilometres southwest of Paris. The perpetrator, a 36-year-old Tunisian national residing in France, was shot by police, succumbing to his wounds shortly afterwards.

A terror inquiry into the attack has been opened in the aftermath of the incident. The suspect had previously scouted the site of attack, according to France’s anti-terrorism prosecutors. During the stabbing he reportedly shouted “Allahu Akbar,” Arabic for “God is Greatest,” local media reported, citing judicial sources.

The attack has been condemned by France’s President Emmanuel Macron, who pledged to continue the fight against hardline Islamists. “We will stop at nothing in our resolute fight against Islamist terrorism,” Macron tweeted shortly after news of the attack emerged.

France has endured multiple terrorist attacks mounted by hardline Islamists over the past few years. The latest deadly streak came last year and included the gruesome murder and public beheading of a school teacher who showed a cartoon of Islam’s Prophet Mohammed in class.

The series of attacks prompted French authorities to toughen their stance on radical Islam, with Macron himself repeatedly defending the country’s secularism and advocating the right to publish cartoons and caricatures of the Prophet Mohammed as an integral part of the freedom-of-speech concept.

Macron’s remarks sparked a series of protests overseas in several Muslim-majority countries, including Turkey and Pakistan. Macron’s Turkish counterpart, Recep Tayyip Erdogan, even went as far as calling for a boycott of French goods over the apparent “Islamophobia” displayed by Paris.