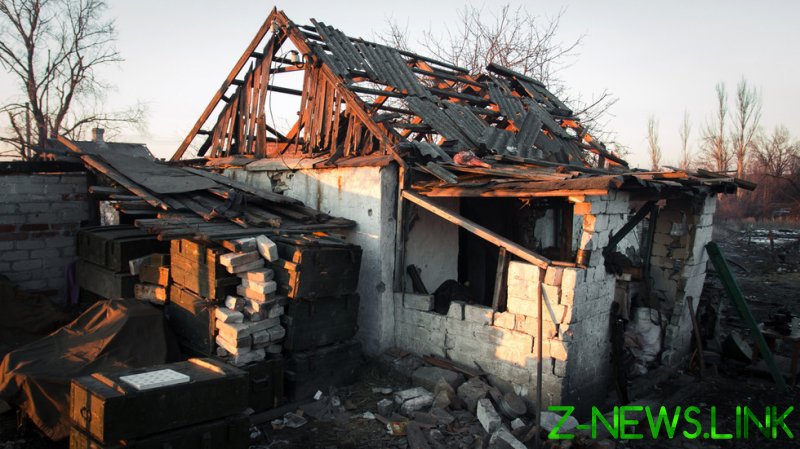 On Thursday, the Russian Foreign Ministry published a series of cables exchanged with its counterparts in Paris and Berlin. The move was in response to the “distortion” of its position, officials say, after Western media outlets reported that the Kremlin had objected to holding a ‘Normandy Format’ meeting with the two countries and representatives from Ukraine to discuss the situation in the Donbass.

In the first of the documents, dated October, Foreign Minister Sergey Lavrov confirmed that Russia was prepared to join meetings under the terms of the Normandy Format. The Russian side also offered a draft resolution that described the fighting between Kiev’s forces and separatists in the east as an “internal conflict.” It proposed that future talks could be held between Ukrainian diplomats and leaders of the breakaway Donetsk and Lugansk regions so as to come to an agreement.

However, in a joint reply signed by the German and French foreign ministers, Heiko Maas and Jean-Yves Le Drian, the two Western nations rejected the suggestions. According to them, the resolution “contains many assessments that are not shared by Germany and France,” including the description of fighting in the Donbass as an internal issue. “It also entails provisions that will certainly not find acceptance among ‘Normandy’ states, inter alia the ‘establishment of a direct dialogue between Kiev, Donetsk, and Lugansk’” it went on.

Ukrainian President Volodymyr Zelensky has repeatedly refused to countenance holding meetings with separatist leaders, insisting they are simply Kremlin-backed proxies. Instead, he has invited his Russian counterpart, Vladimir Putin, for talks. “I am ready to go even further and invite you to meet anywhere in the Ukrainian Donbass, where there is a war,” he said.

In addition, in the leaked documents, Maas and Le Drian expressed the hope that they would be able to “meet in person on 11 November” to engage in constructive talks. In reply, Lavrov said he had already informed Le Drian in October that he was unable to make the meeting due to other commitments. However, the shelving of the summit was cited as evidence that Russia was no longer prepared to work as part of the Normandy Format.

Speaking to the media on Thursday, Foreign Ministry Spokeswoman Maria Zakharova said the released cables show that “Moscow responded promptly to the requests of partners from Berlin and Paris,” and had put forward proposals that “should have been followed.”

“Why and on what basis they have publicized something completely different, we know the answer to,” she added, arguing that the West was seeking to place the blame for Ukraine’s non-compliance with previously agreed peace plans on Russia.