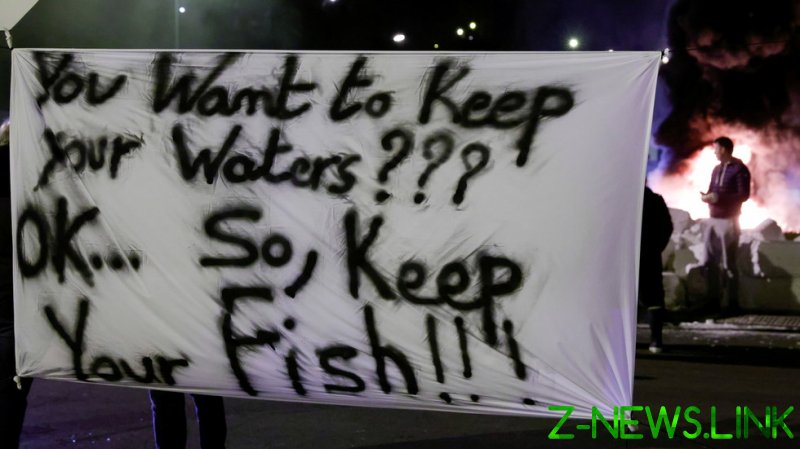 French maritime minister Annick Girardin said the British trawler was escorted to Le Havre on Wednesday after being caught operating without a license in the Bay of Seine during the scallop fishing season. Another UK vessel received a verbal warning the same day after initially failing to comply with the check. Both boats were fined.

The minister linked the incident to the “tightening of controls in the Channel in the context of the talks on licenses between the United Kingdom and the European Commission.”

France and the UK have been fighting over fishing rights off the UK’s Channel Islands and the French coast.

Under the 2020 UK-EU trade deal, French boats are allowed to continue catching fish in British waters if they obtain a license. In order to do so, they need to prove they had fished in the same areas before Brexit.

However, Jersey, the largest of the Channel Islands and a self-governing dependency of the British Crown, has denied licenses to dozens of French boats, angering Paris, which argued that the practice was unacceptable under the terms of the trade deal. France threatened the UK with various repercussions, even floating the option of cutting power to Jersey.

Jersey officials insist the licensing process is compatible with existing agreements, and the island’s fishermen have complained they have not been allowed to land their catches in France.

France warned it would tighten customs and sanitary controls on UK goods arriving on its soil and ban UK ships from landing catches on French shores if the dispute was not resolved by November 2. It added that the second round of retaliatory measures might include sanctions “relating to the supply of electricity to the Channel Islands.”

“We will not let Britain wipe its feet on the Brexit agreement,” Gabriel Attal, a French government spokesperson, said on Wednesday.

The UK government slammed the French sanctions as “disappointing and disproportionate,” and said it will seek “urgent clarification” of France’s response.

“We will consider what further action is necessary in that light,” UK’s Brexit minister David Frost said.