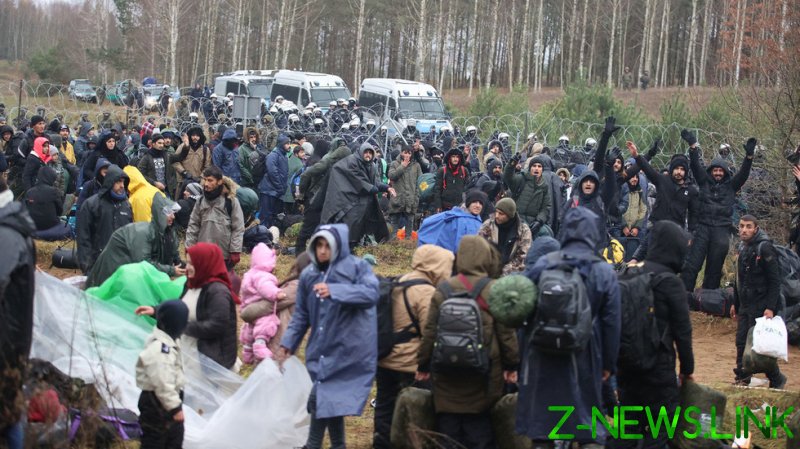 Speaking to French media outlet BFMTV on Thursday, European Affairs minister Clément Beaune blasted the Belarusian government for launching a “migratory attack” that was designed to “destabilize the European Union.”

Despite concerns about the migrant crisis on the EU-Belarus border, Beaune rejected claims that Russia was involved or behind the flood of refugees seeking asylum within the bloc. “It is obvious that if Russia is not part of the problem, it is at least part of the solution, since Belarus’ dependence on Moscow is increasingly strong,” Beaune stated.

Belarusian President Alexander Lukashenko has refuted allegations by EU nations that this was a targeted effort to undermine the EU. Speaking on Wednesday, he accused America of having “invited” the migrants, expecting “Europe and Central Asia to take them in.”

The French minister’s defence of Russia comes after Polish Prime Minister Mateusz Morawiecki accused Russian leader Vladimir Putin of being the “mastermind” behind the situation on the Belarusian border.

“This attack which Lukashenko is conducting has its mastermind in Moscow. The mastermind is President Putin,” Morawiecki said on Tuesday, during a parliamentary session on the migrant crisis.

Russia has rejected criticism over the border situation, blaming the EU for the growing crisis. Speaking earlier this week, Russian Foreign Minister Sergey Lavrov stated that “the main responsibility for resolving the migrant crisis lies with those who made it possible for the crisis to start in the first place.”