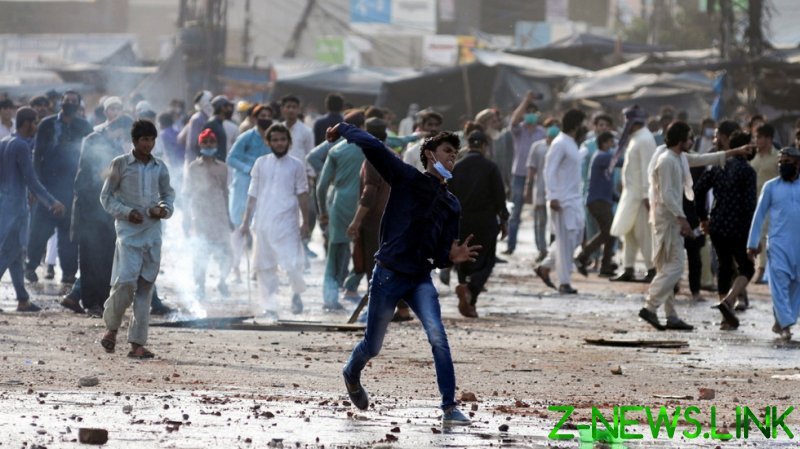 “Due to the serious threats to French interests in Pakistan, French nationals and French companies are recommended to temporarily leave the country,” read the letter from the French embassy to its citizens in Pakistan on Thursday.

The move comes after a week of intense protests against French interests in the country, with radical Islamist party Tehreek-e-Labbaik Pakistan paralyzing the country’s two largest cities, Lahore and Karachi, as well as the capital Islamabad, demanding the expulsion of the ambassador of France.

The group, which was banned on Wednesday under the Anti-Terrorism Act, has made the issue of “blasphemy” its rallying cry. Since November, it has called for the expulsion of the French ambassador and a ban on all French goods following President Emmanuel Macron’s vocal support for freedom of expression and his refusal to condemn the showing of cartoons of the Prophet Mohammed.

In November, the group blocked highways and called on the government to consider its demands. The organization threatened to restart protests on April 20 if the government had not met its demands, but the arrest of its leader on Monday by Pakistani authorities triggered a new wave of demonstrations.

On Wednesday, Interior Minister Sheikh Rasheed confirmed that two police officers were killed and 340 wounded by demonstrators in the past 48 hours as mass protests hit the country, led by Tehreek-e-Labbaik.