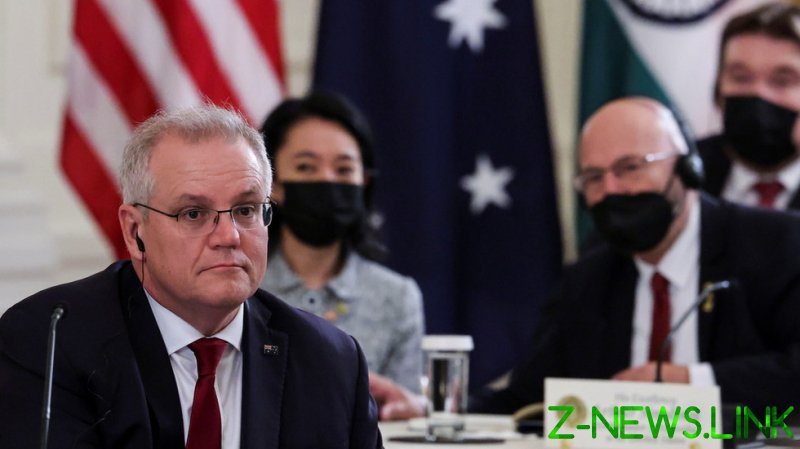 Ambassador Jean-Pierre Thebault said leaking his president’s text to Australian media was an “unprecedented new low” in the two nations’ long-running row over Canberra’s cancellation of a submarine deal with Paris in favor of an alliance with the US and Britain.

The sharing of President Emmanuel Macron’s correspondence with his Australian counterpart Prime Minister Scott Morrison was done in an apparent bid to discredit the French leader’s recent accusations of Morrison lying to him about the deal.

“What you say in confidence to your partners will be eventually used and weaponized against you one day,” Thebault said in Canberra on Wednesday in an address to Australian media representatives. “You don’t behave like this on personal exchanges of leaders,” he added.

The leaked message apparently showed Macron’s knowledge of the contract being at risk, as he asked whether to “expect good or bad news for our joint submarines ambitions” ahead of the official announcement of its abolishment by Canberra in September.

Defending France’s stance that it had been kept unaware of any possibilities of its partner quitting the deal, Thebault said the two countries’ ministers had met and agreed to a joint statement on the importance of the contract just two weeks before Canberra’s new partnership was announced.

“Do you agree on such a joint communique when there is the slightest doubt on something so massive,” the ambassador suggested.

He accused Australia’s authorities that “the deceit was intentional”. Canberra was just not sure the new deal would go through, the French diplomat implied, saying that Paris was kept “on the back burner” and not made aware of any changes despite “countless opportunities.”

Publicly speaking for the first time since having been recalled as ambassador in September – the result of Canberra pulling out of the deal – the diplomat also questioned “the value of Australia’s signature” in a global context. To rebuild the relationship, the two nations will have to “start from very far away,” he pointed out.

Following Thebault’s speech, Morrison commented by saying, “Claims were made and claims were refuted.” It is time to end the split, he told reporters in the UAE, en route from global meetings. “I don’t think there’s any further profit for anyone in continuing down this path,” he added. Morrison has denied lying previously, insisting at a separate press meeting that he had openly told Macron that conventional submarines offered by France do not meet Australia’s needs.

In September, Canberra announced a new major alliance with Washington and London. The trilateral security AUKUS pact which will provide Australia with nuclear-powered submarines saw Canberra quit an earlier fleet-building contract with France’s Naval Group. The move has resonated diplomatically, and is threatening economic relations, with the EU having twice postponed a planned round of free trade talks with Australia.

Paris greeted the announcement with shock, as it claimed no one had bothered to inform the French government of either the cancelation of the submarine contract or the plan by the three English-speaking countries to give Australia a nuclear-powered undersea fleet. President Biden told Macron that he was under the impression France had been informed in advance – presumably by Australia – that its contract with Canberra for a dozen conventionally powered submarines had been canceled long before he made the announcement of the AUKUS atomic sub program on September 15.