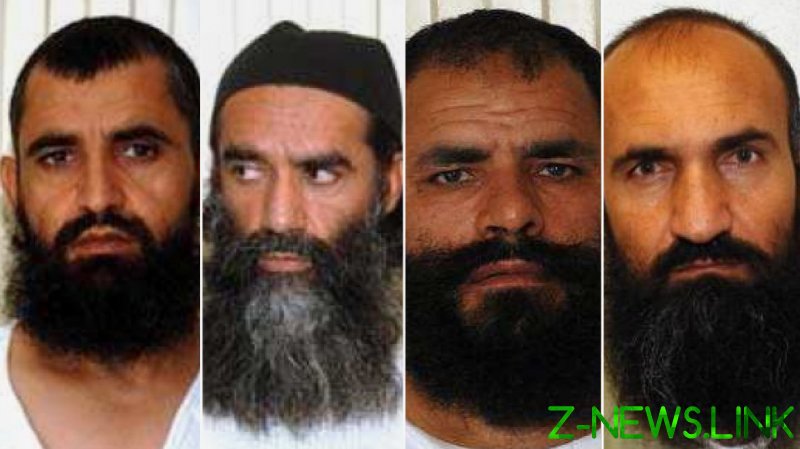 On Tuesday, the Taliban announced its first interim government for the war-torn nation, which is now under the group’s control. However, many of those named in the government are known to the US and its allies, but not for good reasons. Four of those announced as ministers were previous inmates at the US high-security facility in Guantanamo Bay.

All four were traded for captured soldier Bowe Bergdahl in 2014 by the administration of former US President Barack Obama. The fifth Taliban member swapped for Bergdahl has been a prominent figure since the militant group’s takeover of Afghanistan but does not feature in the interim government.

All four, who were deemed dangerous hardliners by the US government, took part in direct talks with Washington in Doha last year. Information and US defense documents made available by WikiLeaks and other organizations demonstrate why the US was so concerned by these individuals.

Noori had served as the governor of Balkh and Laghman provinces during the Taliban’s last stint in power, and according to documents shared by WikiLeaks he was wanted “for possible war crimes including the murder of thousands of Shiite Muslims.” He said that “he never received any weapons or military training,” but reports suggest he was central to the fight against the Northern Alliance, a US-backed grouping of anti-Taliban factions.

Meanwhile, Fazil is no stranger to the role of deputy defense minister, having previously held it more than two decades ago. He was accused of war crimes during Afghanistan’s civil war in the 1990s and, like Noori, he was wanted in connection with the murder of thousands of Shiites during the conflict. “When asked about the murders, he did not express any regret and stated they did what they needed to do in their struggle to establish their ideal state,” a WikiLeaks document says.

New Culture Minister Khairkhah previously served as interior minister and governor of Herat province during the Taliban’s 1996-2001 administration, according to CNN, citing official documents. He was labelled a “major opium drug lord” and allegedly was a direct associate of Osama bin Laden and Al-Qaeda’s Iraq leader Abu Musab al-Zarqawi.

The WikiLeaks documents on Wasiq, Noori, and Fazil cite them as being a “high” risk to the US and its allies, as well as being of high intelligence value.
Bergdahl, who deserted his post in 2009 before being captured by the Taliban-aligned Haqqani network in Afghanistan and Pakistan, has not matched the lofty heights achieved by the ‘Guantanamo Five’ since his release. He avoided jail time but was given a dishonorable discharge.

While few were convinced that the Taliban would deliver on their promise of an inclusive government, the new administration appears to be a real concern for the US and its allies. Acting Interior Minister Sirajuddin Haqqani is wanted by the FBI, with a $5 million (£3.6 million) bounty on his head.

“We also are concerned by the affiliations and track records of some of the individuals,” a US State Department spokesperson said on Tuesday evening.

Last week, Deputy Leader Abdul Ghani Baradar promised to form an “inclusive” government, and the Taliban believe they have done their best to do so. Talking to Sputnik Afghanistan, Taliban official Bilal Karimi claimed the new government brings together people from across the nation.

However, the State Department appears to be unsatisfied with the Taliban’s definition of inclusivity. On Tuesday, Washington pointed out the absence of women in the new cabinet, along with the fact it consists exclusively of Taliban members.