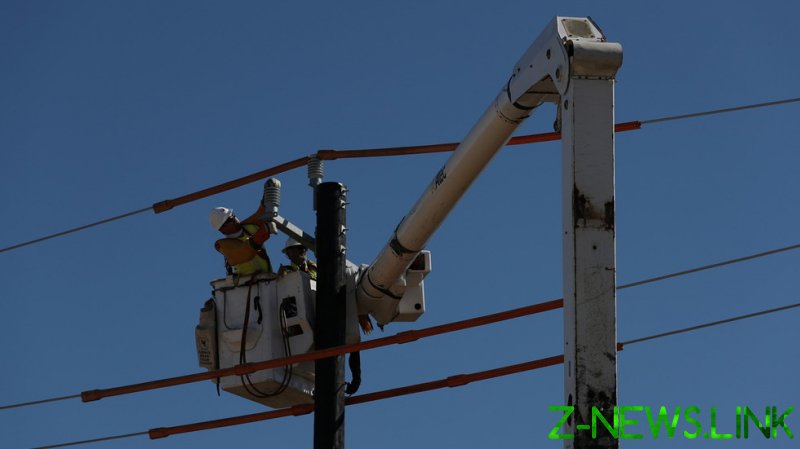 They did so “to allow state leaders a free hand with future direction and to eliminate distractions,” according to the letter made public by local media on Tuesday afternoon.

State legislators are scheduled to meet on Thursday and begin investigating what went wrong last week, as the Texas power grid collapsed amid a snowstorm and freezing temperatures unusual for the southern US state.

More than 4.5 million people found themselves without power at one point, but the ruptured pipes and damaged purification systems mean that an estimated 7.5 million in 204 counties still have to boil their water before it is fit for consumption.

Almost 80 people have died from causes attributed to the storm so far, according to AP estimates, and the number is likely to rise as local medical examiners process the backlog of deaths.

The four board members that resigned all live outside Texas, and have faced additional criticism over that fact amid the general torrent of popular anger towards ERCOT.

Talberg lives in Michigan, where she served on a state public utility commission until 2020. Bulger comes from the banking sector and lives in Illinois, while Hepper is a former DOJ litigator who worked for the New England electric grid until 2018. Cramton is a professor of economics who lives in Germany.

ERCOT is required to have at least five board members who are unaffiliated with “any market segment” in order to keep its certification as an independent body. One of the posts was already vacant, and the person that was supposed to fill it has withdrawn his application.

While the exact causes of the grid’s collapse are yet to be determined, ERCOT officials have said that their regular winter preparations were just not enough for the extent and the severity of the storm. There have also been reports that winterization of equipment was delayed or postponed due to Covid-19 restrictions.

ERCOT is part of a unique set-up that has most of Texas running on a separate power grid from the rest of the US. Another feature of the arrangement – the ability of power companies to charge higher prices when demand spikes – is also coming back to haunt ERCOT, as Texans have protested the astronomical utility bills as “price gouging” and insult to injury after the storm.