Found the solution to half a century of physics puzzles 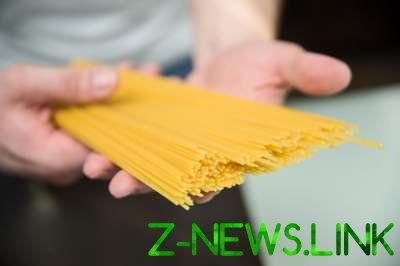 In most cases, the spaghetti was divided into two equal parts.

Scientists at mit have devised a way by which dry long spaghetti can be broken into two parts. As a rule, it breaks down into three or more parts, and in 2005, physicists have explained why this is so.

For the first time attention to the mystery of the spaghetti turned physicist Richard Feynman in the mid-twentieth century who tried to figure out how to make spaghetti when bent was divided into two equal parts. Later, the French scientists received for their work the IG Nobel prize, came to the conclusion that spaghetti or any other thin rods break in the middle, there was a wave deformation, which violates the integrity of the rod in the other part. But it was unclear what to do to noodle broke in half.

See also:  Named the new species of animals open in 2017

According to new research, this will happen only under specific deformation of the rod. Scientists have created a machine that twisted spaghetti of various thicknesses and broke them in half.

While spaghetti need to twist 270 degrees and bend at a rate of two millimeters per second.