Found mysteriously missing one hundred years ago, the Australian submarine 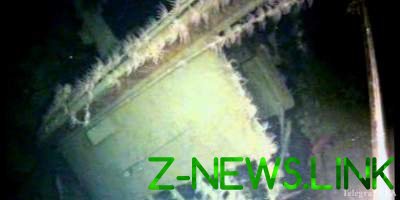 The submarine went missing in the Islands of New Britain

The Ministry of defence of Australia reported about finding the wreckage of the first submarine Australia through 103 years after her disappearance.

The wreckage of the first submarine of Australia were found in a 103 years after her disappearance. This was reported on Thursday in the Ministry of defence of the country.

“The oldest naval secret of Australia revealed with the identification of the ruins of the first Australian submarine HMAS AE1 off the coast of the island of Duke of York, are part of Papua New Guinea,” — said in a statement posted on the Agency’s website.

See also:  NASA tries to save the Earth, knocking the approaching meteorite

The location of the submarines were able to determine during the expedition, which began last week. According to the newspaper The Australian, a successful attempt to find the submarine became the thirteenth. It is noted that the ship lies at a depth of 300 meters.

The submarine went missing in the Islands of New Britain (part of Papua New Guinea) on 14 September 1914. On its Board there were 35 members of the crew. The reasons for its disappearance are not known.