Home / INCREDIBLE / Found an explanation for the unusual coloration of Jupiter

Found an explanation for the unusual coloration of Jupiter 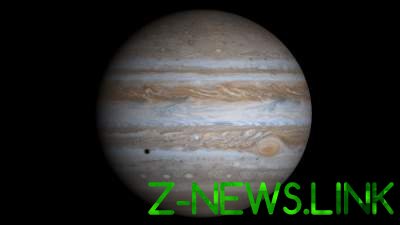 A new study gives an explanation of the strange colors of Jupiter and the unusual twists in the planet’s atmosphere.

These gaseous swirls have become the most recognizable image of the giant planet, but also one of the most mysterious features. A team of scientists claims that there is now an understanding of what causes the colored streaks of the planet and why these eddies are acting so weird.

Astrophysics Constantine Navid (Navid Constantinou) and Jeffrey Parker (Jeffrey Parker) has put forward a new theory that giant jets of gas flow around the outer atmosphere of the planet actually divided and formed magnetized gases from the surface of Jupiter. Colorful stripes of the ammonia clouds that form the appearance of Jupiter, created a strong wind bands, which cover gas planet “from below”. On the surface these jet streams behave in the same way as in the earth’s atmosphere, but in the heavy atmosphere of the planets other laws.

See also:  Unusual facts about Japan that will definitely amaze you

Insights obtained through data probe Juno. He showed that these jet streams reach a depth of 3000 kilometers.

The results were published in The Astrophysical Journal.