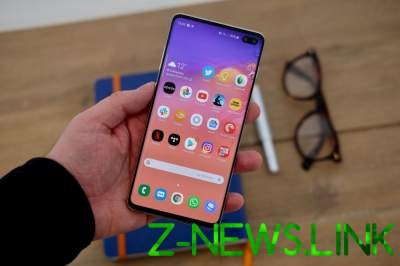 For anybody not a secret that for the most part Google is centered around artificial intelligence.

In their opinion, machine learning is the future of software development, and you can see it in all the latest Android updates. They used it to improve various functions in their smartphones Pixel, and even donated some of their smart AI-chips project Android open source project (AOSP) that all manufacturers of devices based on this OS is to use Google. But it seems that Samsung here if not behind, then stands on the edge, about to jump.

For some reason the latest update of the launcher One UI based on the update to Android 9 Pie, was released for Galaxy devices, like S10, S10+ and S10e, and it is one of the most popular features of “green robot” for some reason disabled. Adaptive Battery uses machine learning to proactively manage your applications and prevent those that you are going to use in the near future, not working in the background and not squeeze the juice out of your smartphone. Fortunately, the setting is still in its place, and to save battery you can turn it on.

Why do you have to enable Adaptive Battery

If this feature is native to Android Pie is enabled, it can save a considerable battery life of your device without any intervention on your part.

Smart function using machine learning determines how often you use apps on your smartphone. It uses this information to place each of your apps in one of five so-called “buckets” (segments). In the “Active” fit the apps you use currently, or those who now perform some processes in the background (e.g. file download), in the “Working Set” are placed those which you often use but don’t use at the moment, “Frequent” are the apps that you use regularly but not every day, a segment of “Rare” is for applications that you use very rarely, and, finally, “Never” fall applications you did not open never.

Each of these segments is associated with a set of rules of battery saving, imposed by Android system itself. As soon as you move from the segment of “Active” to “Never”, these rules become more strict. For example, the application of “Active” have no restrictions on the use of the battery, while the application of “Never” as a rule, are unable to use the service of “wakelocks”, which is used by the application to prevent the device to go into sleep mode with low power consumption which otherwise would have cleared the app from memory, or to receive push notifications.

These restrictions on battery usage are of great importance for the treatment of one of the biggest disadvantages of Android compared to iOS: discharge in standby mode. The reason that the batteries iPhones work for so long until the device is not being used, is that Apple does not allow applications to perform any actions if you are not currently using them. Android OS has never been this limited in this sense, and as a result the battery life of our smartphones has decreased. Using the new feature in Android you get the best time in the standby mode without compromising the functionality of your applications.

In fact, all that you should know is that if you activate Adaptive Battery, your phone doesn’t allow apps to drain the battery while you not using them. You will also not lose functionality and won’t miss notifications as Adaptive Battery, as is clear from its name, adapts for use on your device. The function will continue to learn and to make using your smartphone more efficient.

How to activate Adaptive Battery on your Galaxy smartphone

Yes, disappointing that Samsung didn’t include this feature by default on S10 Galaxy and other smartphones that have received updates to One UI, but at least they left us the ability to turn on its own.

To start saving battery power, go to main menu phone settings and select “Device Care” (Care device/engine Optimization). On the next screen, tap on the battery icon in the lower left corner.

Then go to “Power Mode” (power Mode/power Saving) on the next screen, and finally, activate the function of “Adaptive energy”. As a remark, we note that other power saving modes shown here operate independently from the Adaptive Battery, so you can combine both modes to prolong the battery life.

In the future, just use the smartphone as usual and Adaptive Battery will learn your habits. The battery life will gradually improve, especially in standby mode.

If you want to know in which segments Adaptive Battery put your apps, you can activate the “Developer Options” (developer Options), go in the settings and at the bottom of the list to find a section called “Apps” (Applications) and select “Standby Apps” (Backup application). You will see a list of all the apps on your phone and the segments in which they were placed, and you can even tap on each app to manually place it in another segment.