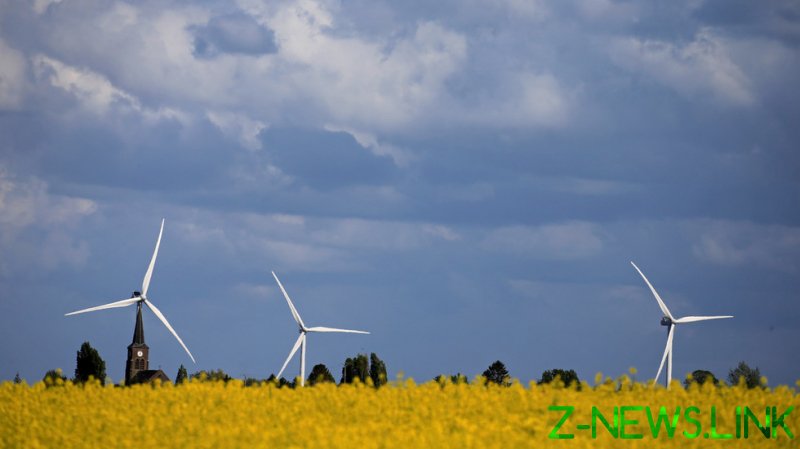 “There is no scenario where hydrocarbons disappear,” the chief executive of Baker Hughes, Lorenzo Simonelli, said during his keynote speech at this year’s annual meeting in the company.

Like other executives from the industry, Simonelli acknowledged and welcomed the energy transition, but he noted that a 100-percent renewable energy scenario was simply not possible. There is plenty of evidence this is indeed the case, despite the hopes and ambitions of many environmental advocates.

These hopes and ambitions imagine a world where human activity is powered from electricity only, and this electricity in turn is being generated using only renewable energy sources such as solar, wind, and hydropower.

Such a world, however, is unrealistic.

Take Germany, for example. The country, which is among the EU members with the most renewable energy capacity,has not produced a single Watt of solar energy since the start of this year. The reason: it’s winter. It is producing solid amounts of wind power, that’s for sure, but it is also generating power from the most despised fossil fuel of all: coal.

At the time of writing its carbon intensity was 264 grams of CO2 equivalent per kWh. That was comparable to the carbon intensity of another poster girl for renewables in Europe, Denmark, which is currently getting most of its energy from wind power.

So, it seems building renewable capacity in itself is not a silver bullet solution to the emissions problem. In fact, if you build it too quickly without adding substantial storage capacity, it could backfire. This was most recently evidenced by a narrow miss of a major blackout in Europe prompted by a minor problem at a Croatian substation that rippled through the continent, highlighting the importance of maintaining the grid at a constant frequency—something renewables cannot do because of their intermittent generation.

Even Denmark has thermal power plants to secure the baseload any grid needs to function properly and eliminate or at least reduce the risk of blackouts.

But back to Simonelli’s prediction about the guaranteed future of oil and gas. This future won’t be like the past. The world is firmly on course to change the way it generates and uses energy. Both Simonelli and the other keynote speaker at Baker Hughes’ AM2021, IHS Markit’s Daniel Yergin, recognized that. It is simply that this change will not be limited to a build-up of solar- and wind-generating capacity.

Energy efficiency, for one, will be a big part of the transition.

Efficiency has been pushed out of the spotlight recently, replaced by things like green hydrogen and the constant emission-reduction narrative, but it has not gone away. According to Baker Huges’ Simonelli, efficiency alone could help meet as much as 27 percent of the Paris Agreement climate change targets. On a global scale, this is a massive amount of emissions cut, at a rate of half a gigaton annually.

In addition to efficiency, there are all the commitments Big Oil is making under pressure from investors, regulators, and activists. Every supermajor now has a renewable energy transition plan, some more ambitious than others. All the plans, however, involve pouring billions of dollars into what is essentially a move away from these companies’ core business of extracting oil and gas from the ground, at a carbon and methane emission cost, of course.

Read more on Oilprice.com: Rallying oil prices are a headache for airlines

This shift to renewables might raise some doubts about whether oil and gas will really remain indispensable.  However, the facts suggest that they probably will. There are still millions of people around the world without access to any electricity, and going renewable straight out of the gate for many of these people is simply not an option, for a number of reasons including cost—yes, even though solar panel costs are dropping like WTI in April 2020—and logistics problems. Going green only appears cheaper than sticking with fossil fuels. But it isn’t.

As IHS Markit’s Yergin pointed out in his speech, emerging economies will continue to rely heavily on fossil fuels, despite other regions’ efforts to reduce their own reliance on them. Even if solar panels become free at some point, it is not just panels that go into the making of a solar farm: it also needs components such as inverters and a link to the grid, plus storage, for best results. This alone is enough to guarantee the long-term future of oil and especially gas as an indispensable part of the world’s energy mix.

So, if oil and gas are not going anywhere, can we at least make them a bit cleaner? We certainly can, according to both Simonelli and Yergin, as well as to many other industry experts. Carbon capture is the second element of oil and gas’ long game, besides efficiency. True, carbon capture technology is still quite costly but, as in solar and wind, costs are on their way down. From a lot of talk and little action, carbon capture is on its way to becoming a feature of the energy transition. Why? Because “the numbers don’t work without it,” as Daniel Yergen said.