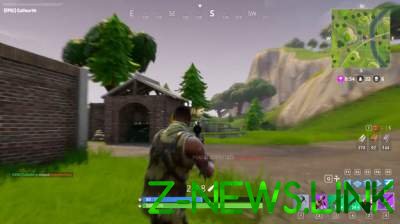 100 players will converge in a massive battle on a giant map.

Every day the audience PlayerUnknown”s Battlegrounds is increasing so rapidly that only a fool does not understand: genre Battle Royale is now clearly in fashion.

Here and Epic Games decided to diversify its multiplayer Fortnite popular PvP mode that will appear in the game about building bases and protecting them from monsters with 26 Sep.

At the moment, Fortnite Battle Royale is under public test (so, as the developers warn, it is quite possible all sorts of crashes and problems with the servers), but after a couple of weeks the regime will get the version in “Early access”. And that’s where you will have a great chance to live in one “giant” map, along with hundreds of other players where, as you know, the winner will be the last survivor.

By the way, not to spoil the game balance, team Epic Games shared the PvP – and PvE-modes. Well, to 26-th of even more people entered in the battle Royale in the world of Fortnite, the developers arrange the sale of standard and Deluxe kits. From 12 to 18 September, they will cost you 25 percent cheaper.