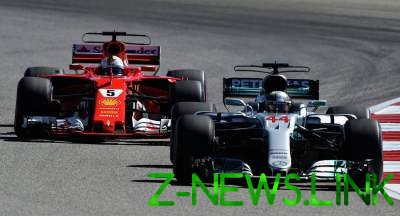 Following the United States Grand Prix “Mercedes” ahead of schedule became the winner of the team competition, while Lewis Hamilton strengthened its position in the individual championship.

Hamilton in Austin scored a ninth win of the season and was one step away from a fourth title. For three races before the end of the championship, the Briton pulled away from Sebastian Vettel at 66 points. To become world champion after the Grand Prix of Mexico Hamilton enough to take third place.

Top 10 of the standings:

Mercedes thanks to the victory of Hamilton and fifth place, Bottas for three races before the end of the season, officially became the owner of the Cup of designers. In the team competition the German stables dominated the last four seasons.

The Cup of designers: