Formula 1: Hamilton is the fourth time won the Grand Prix of Japan 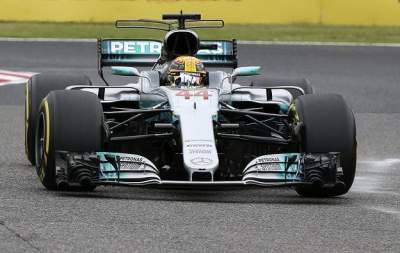 Racer “Mercedes” Lewis Hamilton for the third time in the last four years, the first crossed the finish line Grand Prix of Japan.

Hamilton again had to make the effort – already on the fifth lap main rival Briton Sebastian Vettel due to technical problems rolled into the pits and lost the last hope of winning this year’s fifth championship title.

Hamilton on the last lap made his fans worried – Lewis abruptly slowed down and a few hundreds of meters lost three-second gap from Verstappen. Who knows what would have ended the fight for the win, if Hamilton did not help circular Alonso and Massa, in fact, defended him from the attacks of the pilot “Red bull”.

Company Hamilton and Verstappen on the podium was Riccardo, who for the seventh time in the season rounded out the top 3. Glasses Japan leave Bottas, Raikkonen, Windows, Perez, Magnussen, Grosjean and Massa.

Four races before the end of the season Hamilton pulled away from Vettel with 59 points. World champion Briton may be already in the United States Grand Prix in Austin.