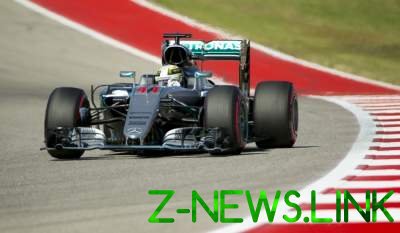 The pilot “Mercedes” Lewis Hamilton for the fourth consecutive year dominates on the track in Austin.

At the start of the race Hamilton missed Vettel, but after a few laps returned to a leading position. The British quickly established a comfortable lead over closest pursuer, and after the wave of pit stops, repulsed the last attack Vettel.

The leader of the Ferrari, knowing that with every lap behind Hamilton, moved to the tactics of the two pit stops. No advantage of fresh tyres Vettel was not given when the German was ahead of Bottas and Raikkonen, the gap between Hamilton exceed 10 seconds, and before the end of the race was only a few laps.

The main hero of the Grand Prix of the USA became the pilot of Red bull Max Verstappen. The Dutchman, starting from the basement of the peloton on the last lap, waited for mistakes and Raikkonen snatched a place on the podium.

At the end of the race in Austin is the advantage of Lewis Hamilton over Sebastian Vettel rose to 66 points. Barring anything unexpected, the British on October 29 in Mexico city will officially become a four-time world champion.

See also:  Milan signed the striker of the national team of Portugal

“Mercedes” for the three races before the end of the season advance guaranteed a fourth consecutive victory in the Cup of designers.