In the case of the introduction of new privileged categories of citizens — “the victims of perestroika” — the social privileges needs to all Russian citizens, said former Vice-President of Russia Alexander Rutskoi. It quotes URA.RU Thursday, October 3.

“This initiative is pure folly. The reconstruction was a difficult time for everyone. (…) But this time experienced our entire country. It turns out, all Russians are going to give concessions?” — Rutskoi.

He added that in the time of perestroika politicians made a stupid decision, on the shop Windows “it was sad to watch,” but today we should solve the current problems. He advised the author of the idea to pay attention to such issues as salaries of doctors and teachers, pensions to veterans.

See also:  In the economy considered how expensive Easter cake

“To come up with such nonsense as preferential to has undergone a restructuring — it’s a shame,” concluded Rutskoi.

Earlier on Thursday the Deputy of the state Duma from LDPR Boris Chernyshov proposed to introduce the term “victim of perestroika” and to distinguish such people, incentives and subsidies. 28-year-old MP said that mainly affected people who in the second half of the 1980s and 1990s was from 24 to 45 years.

See also:  In Russia, the Deputy beat up a motorist in front of police

Perestroika, accompanied by a number of reforms that lasted from 1985 to 1991. The term was first used by former Soviet President Mikhail Gorbachev in 1986, during a visit to Togliatti.

Alexander Rutskoi was the Vice President of Russia from 10 July 1991 to 25 December 1993. He’s the only person in the history of Russia, who held the position. 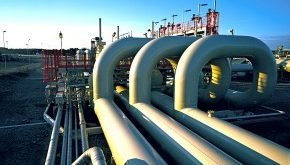