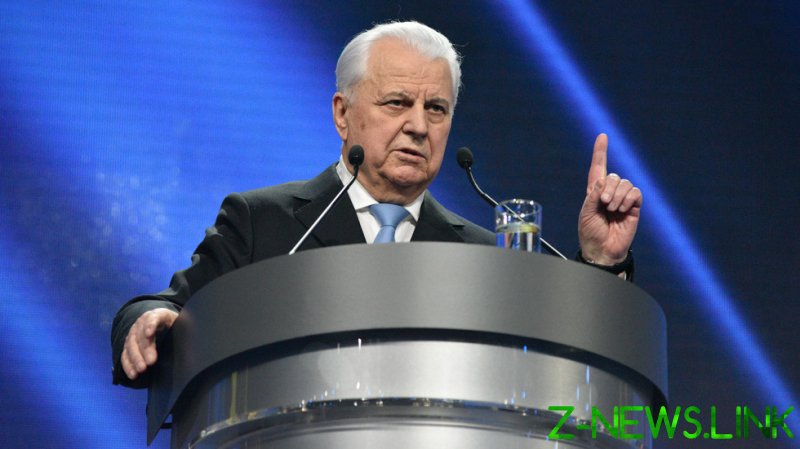 Speaking on Wednesday to US state-run media outlet RFE/RL, Kravchuk noted that the disastrous water situation on the Black Sea peninsula could be used as an excuse for a military incursion into Ukraine.

For seven years, the Kiev government has blockaded a vital channel that once provided around 85% of Crimea’s water supply. In 2014, following the reabsorption of the peninsula into Russia, Ukraine constructed a makeshift dam on the North Crimean Canal, which once connected the region to the River Dnieper, the fourth-longest river in Europe. The area is now suffering from a water shortage, with climate change and a lack of rainfall also having an effect.

With water running so low, many Crimean cities have imposed rationing, with the likes of Simferopol and Yalta only turning on taps for a few hours each day.

According to Kravchuk, Moscow could send troops into Mariupol and Kherson, two regions between Crimea and mainland Russia, and open up a land corridor with the aim of unblocking the canal.

“This will be one of the reasons for big attacks or big aggressive steps by Russia. It is possible,” the former president said. “But to force Ukraine to supply water in this way will not work because we do not know who this water will go to – the citizens, for irrigation, or the military factories, or anyone else. Everything is Russia’s responsibility.”

This marks a significant u-turn by Kravchuk, who once said that Ukraine should let water flow into the peninsula to avert any possible “humanitarian disaster.” “Now I see that they want to turn Crimea into a military base, and they have already introduced Crimea into the system of Russia,” he said. “So now Russia is responsible for everything.”

On Thursday, Crimea Deputy Prime Minister Georgy Muradov told Moscow daily Izvestia that the problem of water supplies should be resolved by summer, with the peninsula hoping to attract more tourists from around the country. According to Muradov, the local authorities are building facilities to supply water to the areas in need.

“New wells are being drilled. Dams will be built to help collect water from the Crimean rivers,” he said. “If necessary, desalination plants will be built, especially in the south, where there are many tourists. It is necessary, so that we do not endanger the tourism industry,” he explained.