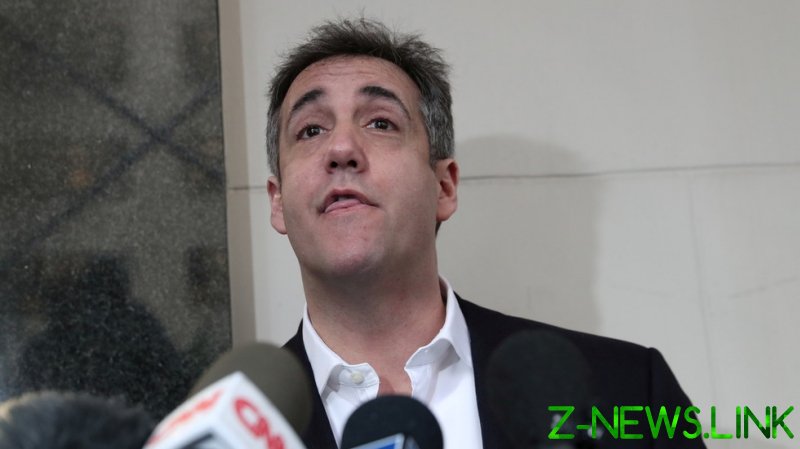 Released from custody last week after serving nearly three years over campaign finance violations and fraud charges, the disbarred attorney is already looking to parlay his sentence into profit. On Wednesday, Cohen launched an auction and “exhibition” for his “prison badge,” as well as a page from his memoir and a video clip of himself writing that page – all in the form of NFTs, an innovative way to buy and sell art and other virtual property, which amount to digital ownership documents listed on a public database, or blockchain.

“Michael Cohen, Donald Trump’s notorious ‘fixer’…, will display and auction the first page of his memoir backed by a non-fungible token (NFT) containing a video of Cohen writing the page at Miami Art Week this week,” ArtGrail, an NFT-focused art dealer, announced in a statement, adding that Cohen’s prison ID would also be sold as an NFT souvenir later this month.

Most existing NFTs are hosted on the same blockchain database used by Ethereum, a cryptocurrency, though other crypto platforms are also beginning to support the concept. When one buys an NFT, which can essentially represent anything digital, they are listed in the database as the virtual owner of that content.

Though NFTs are quickly becoming a popular way to trade artwork, the tokens have been used for a litany of purposes – some harder to grasp than others. Twitter’s now-former CEO Jack Dorsey, for example, auctioned off his first-ever tweet as an NFT earlier this year for more than $2 million, granting the buyer the odd distinction of “owning” a public, years-old Twitter post.

It’s not yet clear how much Cohen and ArtGrail hope to bring in from the former lawyer’s prison mementos, with no bids listed on the art dealer’s site. ArtGrail has largely worked alongside artists in the past, and currently features only one other active auction: an NFT representing a one-pound solid gold coin created from a bracelet previously owned by rapper Ghostface Killah of the Wu Tang Clan.