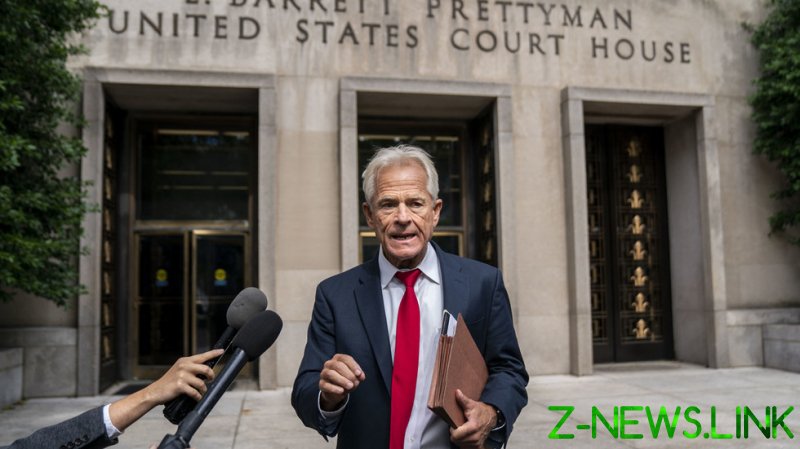 Donald Trump’s former economic adviser Peter Navarro was indicted on Friday on two counts of contempt of Congress for failing to cooperate with the investigation into the storming of the US Capitol on January 6, 2021.

Navarro said he was arrested at an airport near Washington on Friday. He appeared before a judge the same day and has since been released. His next court appearance is scheduled for June 17.

The former adviser to the ex-president accused prosecutors of using “hardball” tactics by arresting him and not allowing him to make a phone call, according to CNN.

The US House Select Committee on the January 6 Attack requested that Navarro appear and hand over documents in February, and to appear again for testimony in March. On Tuesday, Navarro sued the Select Committee and the Department of Justice, accusing the House Democrats of the “weaponization of Congress’ investigatory powers.”

In 2021, supporters of former President Donald Trump broke through police barricades and briefly overran the main Capitol building in Washington when Congress was in the process of finalizing the results of the presidential election.