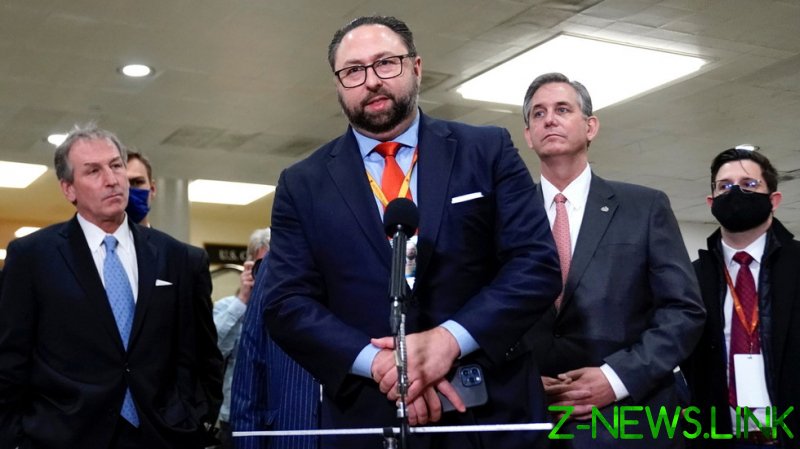 The app quietly went live in mid-June and there have been approximately a thousand downloads thus far across platform stores such as Google and Apple, according to Politico, without much advertisement. The platform will be officially launched on July 4, Miller tweeted on Thursday.

GETTR’s description on the Apple Store describes it as a “non-bias social network for people all over the world” who wish to “express their opinion freely.”

The app, which is rated ‘M’ and aimed at those aged 17 and above, has a near-perfect score in the store, based on some 1,100 ratings. Users describe it as similar in function to Twitter, which was just one of many social media platforms to boot Trump from their service following the January 6 Capitol riot.

Such a statement suggests Trump may have potential involvement in the new platform, given his frequent criticisms of existing social media companies and their alleged bias against conservative users. Since getting booted from Twitter, he communicated for a short time from a blog page set up for the former president.

There is no word yet as to whether he has any involvement in GETTR, or if he plans on being a future user, but Miller’s relationship with the former president suggests the app could be the answer to his lack of a social media platform to use as an pulic outlet. Last week, Trump joined Rumble, a video-platform service that has become popular among conservatives, with his eldest son, Donald Jr., being one of many who have frequently posted there.

Like Twitter, GETTR includes feeds by individual users, a search function, and a sidebar on which trending topics are listed. Some of those topics have included Trump’s name and other conservative interests such as the National Rifle Association and the origins of Covid-19.

Liberals on social media have been quick to dismiss the new platform and its unusual name.

Some conservative users, however, have already been celebrating GETTR, and right-leaning outlets, such as Newsmax, have announced their arrival on the platform.

Others noted that some accounts have content dating back years. When signing up for the app, the platform gives the option to import content from Twitter if the same username is being used.

Critics were keen to point out the large number of followers garnered by new users of the service, and questioned the authenticity of the count. Newsmax, for example, has more than 906,000 followers on GETTR, but only 905,000 on Twitter.

Senatorial candidate and conservative author Sean Parnell, similarly, has 2,000 more followers on GETTR than Twitter, while Daily News, an account that does not appear on Twitter, has only some 2,700 in total, suggesting counts may include Twitter followers for users moving from one platform to another.