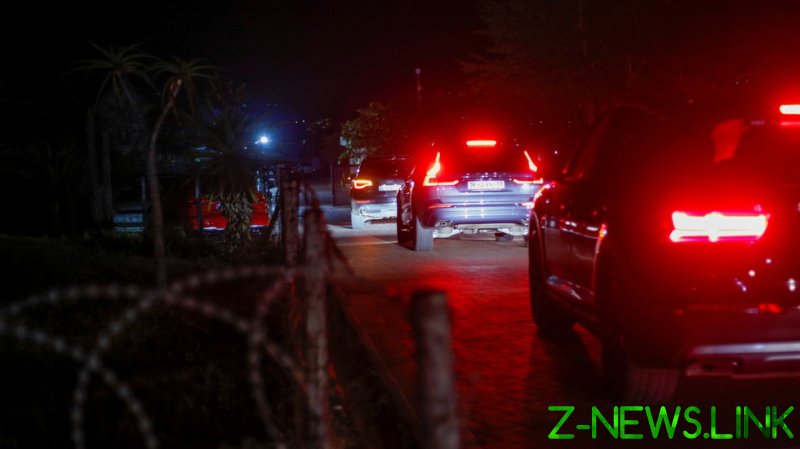 Zuma was in police custody late on Wednesday evening, police spokesperson Lirandzu Themba told reporters. The JG Zuma Foundation confirmed this in a tweet shortly before midnight local time, saying Zuma “has decided to comply with the incarceration order” and was on his way to a prison in KwaZulu-Natal.

On June 29, the Constitutional Court of South Africa ordered Zuma to turn himself in to police within five days, to serve a 15-month jail sentence for contempt of court. The Zulu politician had refused to appear before a commission and answer questions about his alleged involvement in corruption during his presidency, from 2009 to 2018.

Thousands of Zuma’s supporters flocked to his hometown of Nkandla, some armed, vowing not to give him up. Edwardy Zuma, one of his many children, even tweeted that the authorities will try and arrest his father “if they want [to] experience a civil war” and “they must kill me first” in any event.

The former president’s supporters accused the court of being politicized, while critics argued that the verdict proved no one was above the law. Zuma has not yet said what might have motivated him to surrender, but the Zulu nation leadership officially distanced themselves from him, and said the Zulu regiments that showed up in Nkandla were defying orders.

Zuma is the first South African president to be jailed since the abolition of apartheid in 1994 and establishment of majority rule. Starting with Nelson Mandela through current president Cyril Ramaphosa, every ruler since 1994 has been from the African National Congress (ANC) party.