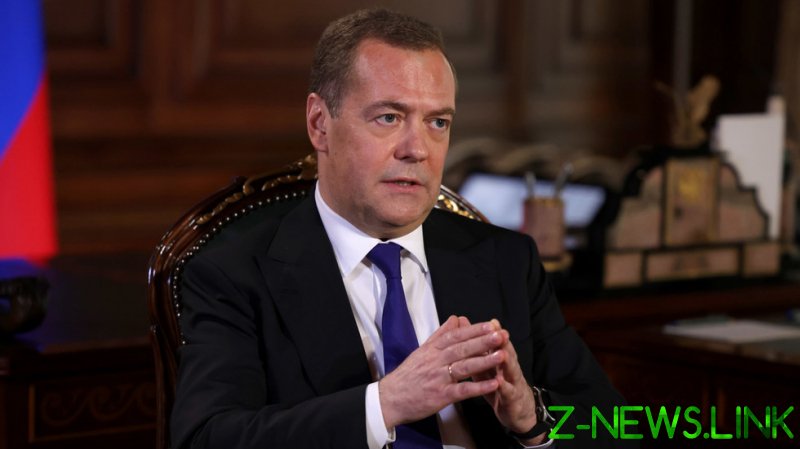 Former Russian President Dmitry Medvedev has compiled what he called a list of “their sins,” a reference to what he sees as the shortcomings of the US and Europe. The list was published on Medvedev’s Telegram channel on Thursday and comes a day after the former president outlined Russia’s ‘sins’, a mocking exhortation to the West to blame Moscow for all manner of ills, from US President Joe Biden’s gaffes to even the extinction of the dinosaurs.

“THEIR SINS (what Russia is not guilty of): European fools being cynically conned by the Americans, who forced them to endure the most painful consequences of the sanctions that have hit the populations of EU countries; ordinary Europeans freezing cold in their homes this winter; the highest food inflation in decades in Europe and the United States; EU and US companies losing their multibillion-dollar investments in the Russian economy,” he wrote.

Medvedev added that Moscow has nothing to do with “Americans electing a strange old man with dementia who, having forgotten about his duties, loves another country much more than his own.” He also noted that Russia is not to blame for “town crazies who proclaimed themselves the EU leadership irrevocably losing touch with reality and making poor Ukrainians sacrifice their lives to join the EU.”

The ex-president also mentioned NATO’s encroachment on Russia’s borders, a process that is “contrary to reason and common sense,” he said.

According to Medvedev, Russia should not have to take the blame for the “numerous political crooks that are leveraging the issue of restoring Ukraine’s statehood to its former borders as they plan to receive new military contracts and embezzle the cash flows earmarked for the Kiev regime.” Nor is Russia responsible for “Ukraine losing its independence and coming under the direct control of the collective West after the 2014 coup” and the fact that “Ukrainian criminals will certainly be tried for their atrocities committed against the people of Ukraine and Russia.” 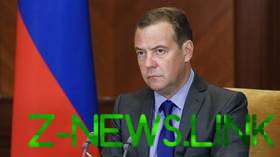 The former Russian president came up with the list after Biden repeatedly attempted to pin the blame for the record gas prices and 40-year-high inflation on Russia and the Ukraine conflict. However, according to a Rasmussen poll conducted in June, only 11% of Americans believed that “Putin’s price hike,” a term coined by the US president, was responsible for their economic woes. Meanwhile, more than half (52%) of respondents cited Biden’s poor energy policies as the culprit.

The EU has also tried to point the finger at Russia. In late June, for instance, German Foreign Minister Annalena Baerbock accused Moscow of triggering a food crisis and using global hunger as “a weapon” by blocking Ukrainian grain shipments. These barbs were later addressed by Russian President Vladimir Putin, who noted that Western nations are deliberately stirring up tensions over Ukrainian exports, while Moscow is ready to provide free passage to grain ships.