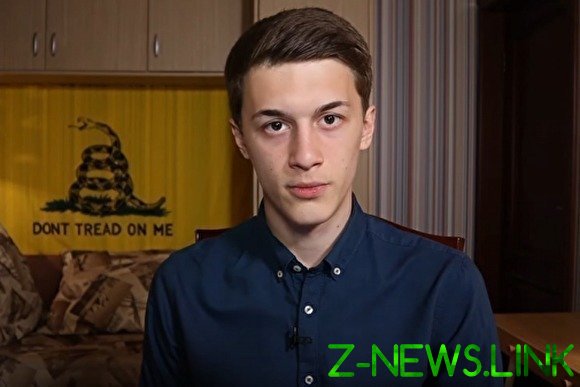 Former participants of the “Moscow case” Egor Zhukov complained to the European court of human rights (ECHR) to political persecution. About it reported by “Vedomosti” with reference to the head of the international practice of human rights group “Agora” Cyril Koroteeva.

In the complaint Zhukov demands that a court sentence to three years probation in the case of extremism — is in violation of article 18 of the European Convention, which prohibits the application of the existing restrictions on rights and freedoms for purposes other than those for which they were provided. Student HSE considers that the court violated the principle of equality of parties during a hearing, and violated his personal right to freedom of expression.

Koroteev said that the ECHR applied the 18 th article only to two people — the oppositionist Alexey Navalny and media Mogul Vladimir Gusinsky. “But we believe that this is such a case. One of the important objectives of a prosecution Zhukov was to prevent his participation in the election campaign to the Moscow city Duma”, — said Koroteev.

We will remind, Egor Zhukov became involved in the “Moscow business” after he took part in the most mass of uncoordinated protest actions of opposition in Moscow last summer, which took place on 27 July. Initially, Zhukov was accused of organizing mass riots. In his support was launched large-scale public campaign. In defense of all the defendants in the “Moscow business”, including Yegor Zhukov, were the priests, teachers, cultural workers, journalists, doctors, IT specialists from industry, representatives of charitable foundations and the book business. In the result, the TFR dropped the case under article “Organization of mass riots” in relation to Zhukov, however, initiated a new case for appeals to extremism via YouTube. Kuntsevsky district court of Moscow Zhukov was sentenced to 3 years in prison conditionally. Later, the decision stood on appeal in the Moscow city court.