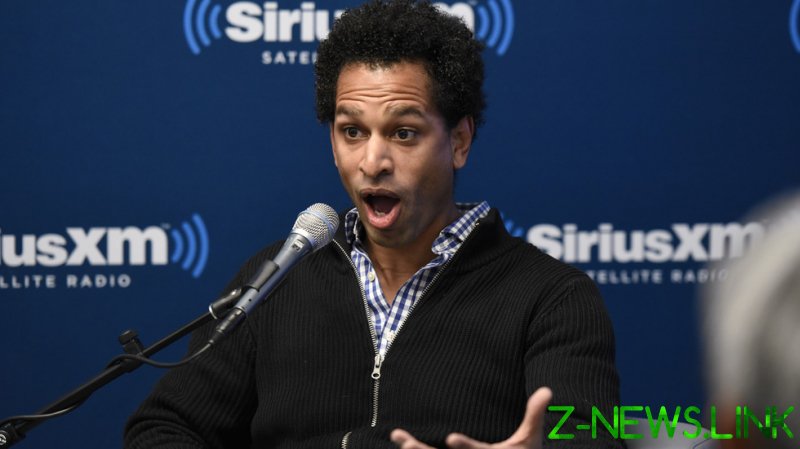 Racism is evil, and racism has led to a great many tragedies within the United States. No sane man enjoys hearing about it happening. However, the comments and nasty language that accompanies hatred cannot be an excuse for violence. That is, unless you’re former MSNBC host Toure Neblitt. He thinks that if you hurl a racial epithet at someone they have every right to kill you where you stand. And why are they allowed to take a life? Because in Toure’s mind words are violence.

In this particular case, 27-year-old Corey Pujols has been charged with manslaughter after he punched a 77-year-old customer at the Dunkin Donuts store where he worked in Tampa, Florida called him the ‘n-word’, twice. The senior citizen lost consciousness, fell to the ground, started bleeding from the head and later died, according to the Tampa Bay Times.

In response to this story, Toure tweeted: “A 77 yo white customer at Dunkin Donuts was upset about something and he called a Black 27 yo employee the n-word. The brother told him say it again. The old man did. The brother knocked him out. The old man fell, lost consciousness, and died. He fucked around and found out.”

In later tweets he added, “it’s not just a word, it’s verbal violence beyond any other word, and you don’t get a pass because you’re old. You call me the n-word you lose all that elder respect ish,” and, “as long as you continue to say that the n-word is just a word then you can’t be a serious part of this conversation. It’s not just a word. It’s violence.”

Despite Toure’s tantrum, just because someone is a racist does not mean that you are allowed to assault them and it certainly doesn’t mean you are allowed to kill them. If we were allowed to kill someone for using a racial slur, most people who have ever played Call of Duty online would be dead. He has a willful misunderstanding of the situation, because he has stated in no uncertain terms that he believes that words are violence.

Let’s go further down that rabbit hole for a bit. If words are violence, where is the line drawn? Is it just the n-word? Is it racist slurs in general? If someone makes fun of me being overweight, is that violence to which I have the right to retort violently? What if I poke fun at someone for being short, is that violence and they have the right to punch my lights out? What if someone insults my religion? There are myriad factors that go into a person’s identity that could be picked apart and used to insult and dehumanize them, but do any of them excuse violence? Do they excuse killing someone?

The answer to this is no. Most people in their lifetime will say something hateful about another. That does not mean that action should define, nor indeed end the life of that particular individual. One year, a person may be hateful and bitter. The next year, a person may have a life-changing event that alters the very nature of their existence.

History is filled with people who have been downright evil at one point of their life, and then found redemption through one means or another. Life is a precious thing, and giving people an excuse to snuff it out because they’re feelings were hurt would give way to a chaotic and anarchic society that could not sustain itself.

But Toure does not care about all of that. He is offended and because he’s offended the world must cater to him. Such is the world in which we live, we treat words we don’t have to listen to as if they are literally violence. From where I’m standing, that’s an insult to anyone who has experienced real violence in their life.

“Sticks and stones may break my bones but words will never hurt me” is not just a neat little saying for children, it encapsulates the very essence of civil society. We cannot let tantrums from attention seekers like Toure destroy that.