Former MMA fighter sentenced for role in US Capitol riot 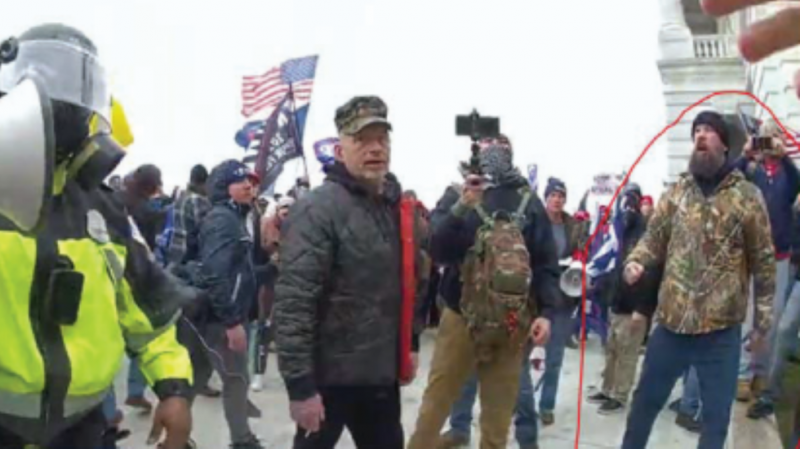 The 41-month sentence handed down on Wednesday by US District Court Judge Royce Lamberth marks the harshest punishment yet for a participant in the Capitol breach. Fairlamb, 44, was the first January 6 rioter to be sentenced for a violent crime, having pleaded guilty to assaulting a police officer and obstructing an official proceeding.

“I truly regret my actions that day,” Fairlamb told Lamberth on Wednesday. “I have nothing but remorse.” He added, “I just hope you show some mercy on me, sir.”

The judge said Fairlamb’s crime was so serious that he couldn’t go below the federal sentencing guidelines of 41 to 51 months for the two offenses. However, the defendant will likely get credit for the nearly 10 months he already served in a Washington jail while awaiting adjudication of his case.

Prosecutors had recommended a 44-month prison term for Fairlamb, who was seen on video punching an officer’s face shield and wielding a policeman’s collapsible baton. He was indicted on 12 federal charges in February. Back in April, Lamberth ordered that Fairlamb be held without bail, citing his alleged actions in the riot and a criminal history that included several assaults.

Fairlamb’s brother, Preston Fairlamb III, is reportedly a member of the US Secret Service and once led the security detail for then-first lady Michelle Obama. His late father was a New Jersey State Police trooper.

Lamberth told Fairlamb he had made a good decision by making a plea deal with prosecutors because, had he gone to trial, “I don’t think there’s any jury that could have acquitted you.” Those defendants facing similar charges who are convicted at trial will get much longer prison terms, the judge said.

Among the nearly 700 alleged Capitol rioters who have been indicted, only those facing non-violent charges had been sentenced prior to Wednesday. The harshest sentence handed down to any of the rioters prior to Fairlamb was eight months. Prosecutors on Tuesday recommended a 51-month term for Jacob Chansley, known as ‘QAnon Shaman’, saying they wanted to set an example by coming down hard on “the public face of the Capitol riot.”